The streets with the most parking fines in Watford

Leavesden Road was by far the hottest route for charges with 792 issued between January 2021 and January 2022 – generating at least £2,000 most months.

A Freedom of Information request revealed WBC made just under £162,000 in total from 27,368 charges during the period.

Check how much money your street made

Unsurprisingly, the first five streets were also made up of roads close to the city center – Francis Road (382) and King Street (365).

Other roads subject to charges include Queens Street near Watford General, which fetched over £3,000, as well as nearby Whippendell Road (£4,600).

Councilor Ian Stotesbury, holder of the transport portfolio, said: “Illegal parking in controlled parking areas is a big frustration for local residents and tickets are only issued when people make the decision to park where they should not.

“Money received from the fines is only used to invest in parking and traffic improvements throughout the city, such as more bicycle parking facilities, the provision of electric vehicles and improving the estate public.”

Breakdown of parking fees by street

He added that of the tickets issued, only 10 had been appealed to the Traffic Penalty Court – which he said was a good indicator that the app was working and protecting the spaces.

Cllr Stotesbury continued: “Parking can be a challenge in some parts of Watford which is why it is so important to look at different ways of getting around the city, including initiatives such as bike schemes and bus or a Watford automobile club.

“Our recent consultation on our new sustainable transport strategy shows that there is a desire to look at greener travel options and we are now exploring how we can move these forward.”

Bay Area City is looking for a parking solution 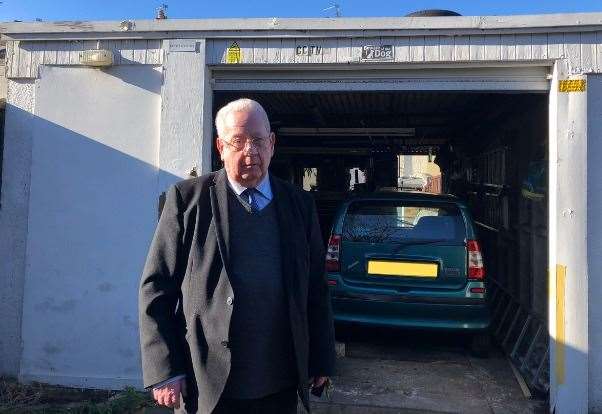