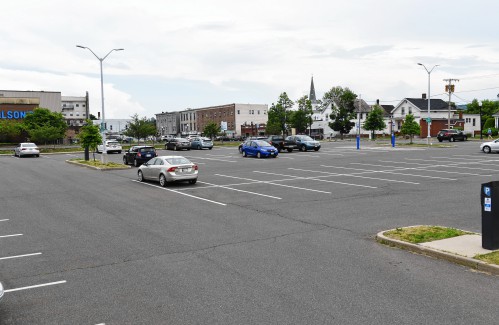 A skate park in Greenfield and a community pool in Buckland are among four Franklin County projects that are about to come to fruition with state grants funding parks and open space projects.

Greenfield and Buckland each received $ 400,000 under the Parkland Acquisitions and Renovations for Communities (PARC) program, while Whately received $ 62,588 and Orange $ 83,449.

“I’m so thrilled for Western Mass.,” Said Christy Moore, Greenfield Recreation Manager, who is also a member of the Buckland Recreation Committee. “To be recognized by Boston is always a good thing. “

Moore said that securing the $ 400,000 grant, which will be used to design and build the proposed skate park for the upper portion of the Chapman Street and Davis Street parking lot, was “completely unbelievable.”

“It was a huge effort on the part of community and city members to support this project,” Moore said.

Moore previously said the total estimated cost of the skate park project is $ 775,000, which the city expects to fund entirely with the PARC grant, a city contribution (from capital funding) of $ 350,000. , plus donations and fundraising.

So far, just over $ 30,000 has been raised for the project, she said, although the money generated by the Greenfield Soapbox Race has yet to be added to the total.

“Any additional funds will go towards amenities,” she said.

In a city press release, Mayor Roxann Wedegartner said the skate park will provide children “with an opportunity to grow, develop skills and socialize in a park that they will enjoy for years to come.”

“This project is the direct result of unwavering community dedication and involvement on many levels,” said Wedegartner.

The new skate park, with an estimated completion date of June 2023, would replace the old 17,000 square foot skate park behind what is now the Olive Street Apartments.

“To say I’m happy,” Moore said, “is an understatement.”

City administrator Heather Butler said the $ 400,000 PARC grant, which will help fund the construction of a new community swimming pool and pool house, should allow the city to enter the design and engineering phase of the project.

Butler explained that the pool, which was closed in 2016 for safety reasons, has long been a city priority.

“The original community pool was such a source of community pride and a real eye-catcher for the residents,” said Butler. “When this had to be taken out for safety reasons, I think the idea of ​​replacing it was immediate, and they have been constantly working on a new pool every day since.”

The cost was originally estimated to be around $ 1.2 million – roughly $ 1.1 million available to the city through the PARC grant, an annual allocation of $ 150,000 for the municipal assembly, and community donations. – but that was almost five years ago, she explained.

A more discounted cost will come with the design phase.

Selection committee chairman Zack Turner said he was on the recreation committee about 20 years ago when the Buckland recreation area needed a “huge overhaul.” Although he is no longer a member of the committee, he is delighted to see the community pool being rebuilt.

“The pool is the lifeblood of Buckland,” said Turner. “I couldn’t be happier that we are going to see him return to his former glory.”

Butler said ideally construction on the new pool will begin next spring.

The $ 83,449 PARC grant Orange received will help fund the Butterfield Park renovation project, according to a state press release.

Alec Wade, director of community development at Orange, worked with five seniors from the Ralph C. Mahar Regional School to apply for the grant.

In a presentation earlier this year, students explained to city officials that the courthouse hoops are rusty and unstable, posing a risk to both health and safety. In addition, the terrain itself is cracked and uneven.

Wade could not be reached at press time Wednesday for more information.

The city’s grant of $ 62,588 will be used to improve the safety and accessibility of Herlihy Park, according to the state press release.

The project will include accessibility improvements to the washrooms, pavilion and concession area, as well as the driveway and parking lot, the statement said. At a meeting of the select committee in June, members discussed the need for paving the parking lots in particular.

City administrator Brian Domina could not be reached for further information on Wednesday.

Abandonment of the Council consultation on plans to standardize parking fees