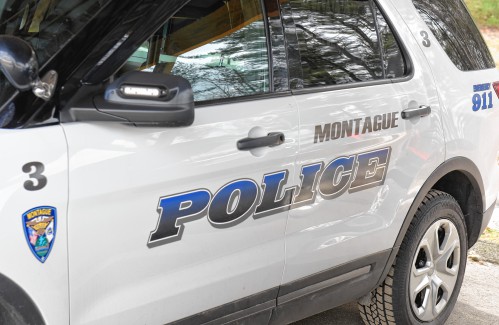 5:02 p.m. – A caller at Unity and Prospect streets reports being involved in a two-vehicle accident, suffering from chest pain. Rau’s Sunoco service towed a vehicle. A driver received a verbal warning for speeding. His vehicle was serviceable and he left the scene.

5:01 p.m. – A caller from Highland Circle reports a child taking small piles of leaves and lighting them on fire in his driveway. The child was inside at the time of the call and there was no fire.

7:38 p.m. – A caller from Montague Avenue reports a cat locked in the house since February 2. No one is home. A voicemail was left for animal control.

5:46 p.m. — A caller from East Main Street believes gasoline was siphoned from his vehicle. He said his mother’s car had been damaged a few weeks earlier and had asked for video footage to be viewed.

5.41pm – The caller says his stepson was beaten and his backpack was taken by other children while he was on the Unity Park basketball court. The Appellant refused medical treatment for his son.

1.03am – Police encounter a man in Cross Street and Turnpike Road with a history of domestic problems and harassment. They talked about the encounter that day with the ex-girlfriend and the police warned him about his actions.

7:07 p.m. – A caller from Avenue A and Fourth Street reports about 19 children shouting and shouting at each other on the roadway. Several calls came in, with one caller advising that the group had moved into a brick building on the upper side of Fourth Street, with some going inside and still others outside. Police learned that the children had a dispute over a relationship before separating them and telling them to stay away from each other.

9:37 p.m. – Police search for an Audi that passed an officer near the Scotty convenience store.

7:32 a.m. — A caller from Third Street Laundry reports that the laundromat has been vandalized. A camera was broken and two others were moved. There was also trash thrown everywhere. Police contacted the owner, who said he believed they were likely children he had chased out of the laundromat the day before.

12.59pm – A caller from Keith Apartments on Canal Street said two young boys mooned him and then fled.

6:02 a.m. – A caller from the FL Roberts gas station says a man in the store was belligerent, broke things and stole things. He was last seen heading to Fourth Street on foot.

1:58 p.m. – A caller from Connecticut River Liquors on Avenue A reports a shoplifting incident that has occurred within the last few minutes. A man walked out of the store with a bottle of liquor. Police recovered the stolen item in the area of ​​87 Fourth St.

3:35 p.m. – A caller from Fourth Street reports that there is a group of people fighting. A second caller reports shouting and screaming in the area, also thinking it looked like someone was being held down. A third caller states that a woman was quite badly beaten by another woman before getting into a blue van which took off, turning right onto Avenue A. The vehicle could not be located.

6:01 p.m. – Multiple callers report a fight on Fourth Street in which a large group of children attacked a man, hitting him with skateboards. A third caller reported that his cousin was hit by a thrown scooter. The caller was not at the scene and did not know if there were any injuries.

6:44 a.m. — A caller on North Taylor Hill Road reports a bear in his area. The requested animal control must be notified.

5:51 p.m. – Multiple callers report a crash between a school bus and a Chevrolet pickup truck with unknown injuries at Avenue A and Seventh Street. Rau’s Sunoco service towed the truck. All bus passengers refused medical transport, while the truck driver was taken to Baystate Franklin Medical Center.

8:58 a.m. – A Third Street caller says his 13-year-old grandson ran away after getting into trouble at school. Police located the child on Second Street, who said he was walking home.

1:40 p.m. — A caller from Avenue A reports two men in the stairwell who appear suspicious. The caller thinks he does not live in the building. Building management has been notified of the complaint.

6:05 p.m. – A caller near the Unity Park basketball court received a call from his friend that he had been threatened by a man before leaving his apartment. The caller said his friend was at the basketball court and wanted to speak to an officer. The individual said his sister’s boyfriend assaulted her and yelled at her, so he left because he was scared. The police would contact the mother.

10:52 p.m. — A caller from Miller’s Pub reports people fighting outside. The police discovered that there was a group outside making noise.

11:04 a.m. — A caller from Greenfield Road reports a domesticated turkey on the loose.