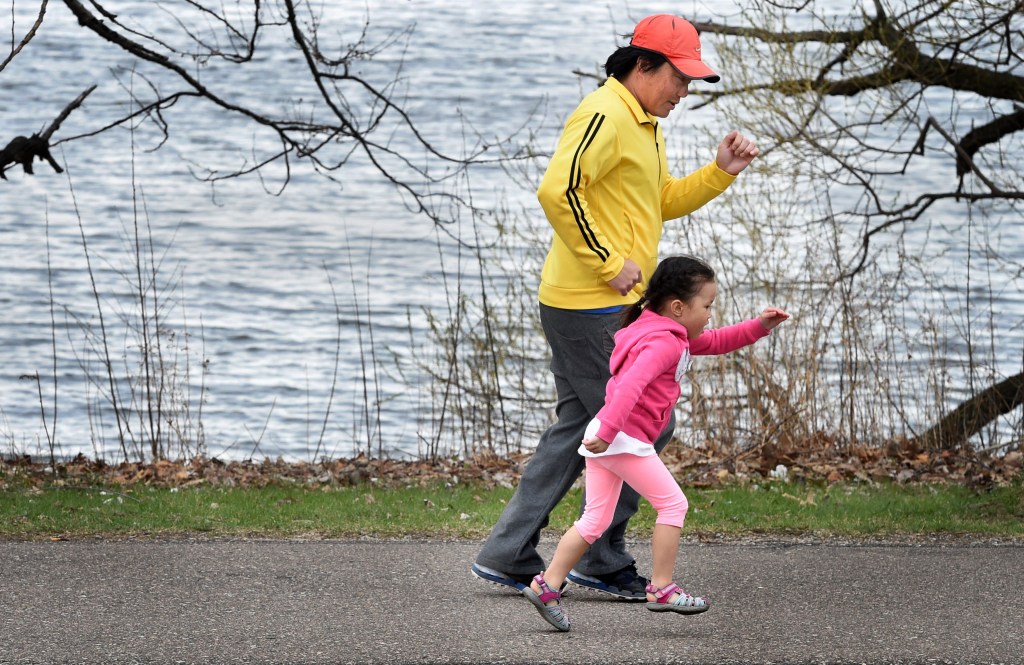 When it comes to access to public parks and general park amenities, St. Paul is hard to beat.

In fact, of America’s 100 most populous cities, Minnesota’s capital has the nation’s second-best park system for the second year in a row, behind only Washington, DC, according to the Trust for Public Land’s latest annual ranking.

Minneapolis finished fifth in the new ParkScore index, down slightly from third place last year, thanks in large part to school partnerships in two other cities that have increased access to parks elsewhere.

“Cincinnati and Arlington have taken steps that have moved a bit past Minneapolis, but they are neck and neck,” said Susan Schmidt, Minnesota State Director and Midwest Region Vice President for the Trust for Public. Land.

“We can celebrate excellence both in St. Paul and in Minneapolis in 100 of the most populous cities in America,” Schmidt said.

This is the 11th year of the annual Trust for Public Land rankings, which rank city park systems based on five main factors, such as park spending per capita and the percentage of city residents who live within less than 10 minutes walk from a park. In both of these areas, St. Paul and Minneapolis have consistently excelled, placing in the top five year after year, and generally in the top three. In 2020, Minneapolis came first and St. Paul finished third.

Nationally, 100 million people – including 28 million children – do not have access to parks within 10 minutes’ walk of their homes, according to the Trust for Public Land.

In St. Paul, the percentage of residents with easy access to the park is 99%. In Minneapolis, it’s virtually 98% the same. The national ParkScore average this year was 75%.

Also according to the latest index: St. Paul invests $247 per person in its park system and Minneapolis invests $317, both well above the national ParkScore average of $98.

That said, there is still work to be done in regards to park access and maintenance of the Twin Cities.

In the Twin Cities and much of the rest of the country, even in areas where whites and non-whites live in equal proximity to parks, there is generally much less park space in low-income areas. and communities of color.

In St. Paul, residents of color tended to live in areas that had 4 to 32 percent fewer parks than the city median. Blacks were 9% below the city median, and Asians 25% below.

“Park space is smaller in neighborhoods that, by the census definition, are low-income and identify as black, brown, indigenous,” Schmidt said. “That’s true in most cities across the country, but not in Washington, D.C., which is interesting. But we have improvements to make.”

Still, she noted that St. Paul has made strides toward ethnic and community partnerships not yet measured by the ParkScore Index, such as the future Wakan Tipi Center along the Mississippi River. “It won’t change the overall acreage, but it’s a celebration of the Dakota people and the Dakota culture,” Schmidt said. Similarly, the planned North End Community Center in St. Paul “won’t change the square footage, but it will change the relevance of an outdoor space.”

The disparities were probably more striking on the other side of the river. In Minneapolis, white neighborhoods had nearly double (95% more) the amount of park space per person than the city median, while black neighborhoods had 11% less than the median, Latin quarters had 48% less and colored quarters in general had 21%. percent less.

That’s not to say there hasn’t been any movement toward improving access to the park. In North Minneapolis, Minneapolis has erected the 26th Avenue viewpoint over the Mississippi River and is planning improvements to North Commons Park, Schmidt noted. “You can’t build big parks quickly, especially in the middle of town,” Schmidt said. “It will take time. But what excites me are the steps both cities are taking to meet equity goals that are not yet measured on ParkScore.

The main exception is the national capital. Some 26% of Washington, DC is parkland, compared to about 15% of St. Paul and Minneapolis.

The five categories in this year’s and last year’s ParkScore dashboard were access, acreage, investment, amenities and equity. In a written statement, Trust for Public Land officials noted that St. Paul and Minneapolis are among the nation’s “climate leaders,” carrying out several projects to replace paved parking lots with natural surfaces and adapt existing facilities to better manage runoff and improve wildlife conditions.

More information is online at tpl.org/parkscore.