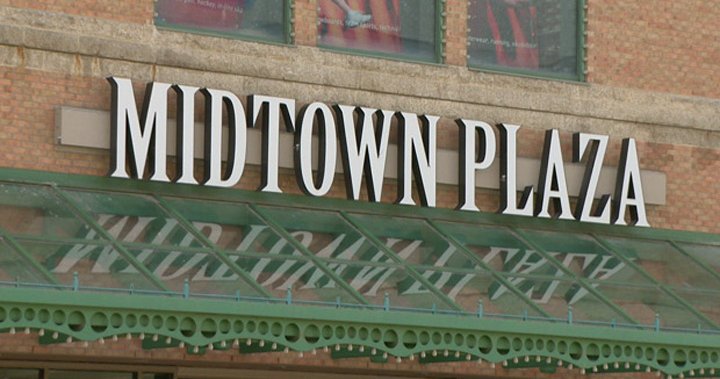 Downtown Saskatoon could look very different in the years to come with the potential for a new arena and entertainment center as well as a grocery store.

However, a looming issue for both projects was raised at City Council on Tuesday: parking.

Midtown Mall is already a bustling area that is often crowded with parked cars.

One resident, Tyrell Harder, told council he noticed people parking in the Cactus Club parking lot, because it’s free, and spending their day in the mall.

Councilor Darren Hill asked what the parking plan would be for the proposed downtown grocery store, specifically for people stopping there for pick up.

Murray Totland, spokesperson for Arbutus Properties, said the store will have spaces specifically for the store, which is expected to be a Pitchfork Market + Kitchen.

“This service lot located just outside the proposed store location would obviously be the most convenient, we will have dedicated stalls for curbside pickup,” Totland said.

The council also decided on the criteria for the new downtown arena.

They described land space, transportation access, and proximity to other complementary businesses such as hotels and parking lots.

The new arena is expected to hold 15,000 spaces, and administrative staff noted that a new parking lot will need to be built regardless of the location chosen.

The Council is moving forward with both plans.

They voted to give Arbutus Properties a tax abatement for the site, if they built a grocery store there.

They are also scheduled to unveil possible sites for the new arena as soon as possible.