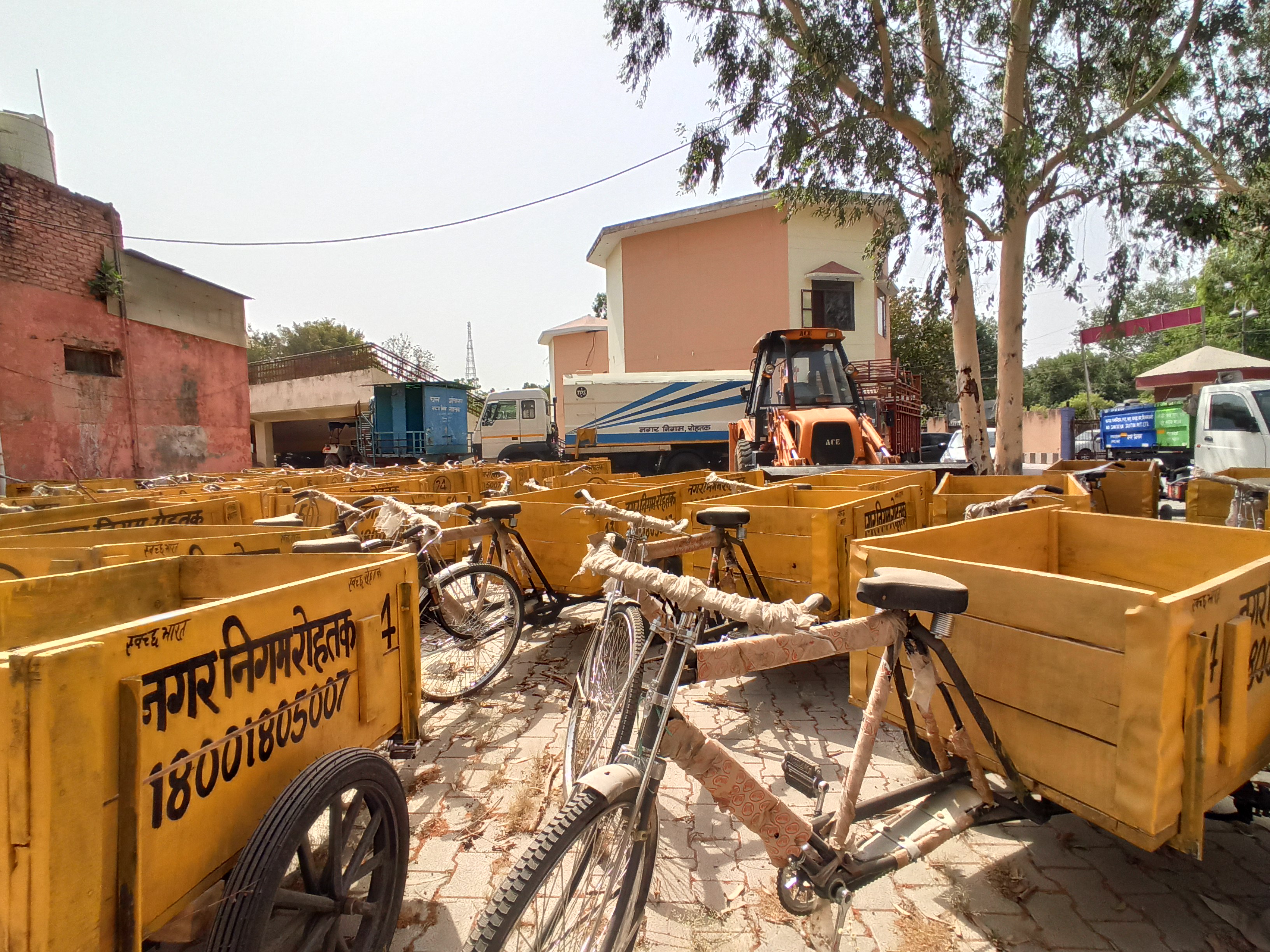 Although an open-air theater is located in the heart of Rohtak town, local theater artists and art lovers are compelled to stage plays in a chaupal and a hall of the Indian Medical Association ( IMA) despite the constraints.

The open-air theatre, which was built in 1960 and subsequently renovated twice, is used as office space and parking by the local municipal authorities.

Artists lament that the exorbitant fees and security charges set for the use of the open-air theater are the biggest impediment to organizing plays and other cultural events.

“Artists used to stage plays at the open-air theatre, Pt Shri Ram Rangshala with the help of local authorities until 2013. However, the ‘rangshala’ gradually got busy managing the government offices and park vehicles like cranes, JCBs and bicycle-rickshaws etc,” points out Vishv Deepak Trikha, a well-known theater artist from Rohtak.

He states that due to the tariff barrier, the artists held theater performances and plays at different other locations instead of the open-air theater, which was built and well-equipped for the purpose. The artists lament that the premises of the “rangshala” have been made available for a private hospital, a land grievance centre, housing for government contractor workers and parking, going to against the purpose for which it was created.

The Municipal Co-Commissioner, Mahesh Kumar, assured the artists that he would look into the matter and make efforts to get the staging of plays at the ‘rangshala’ resumed.