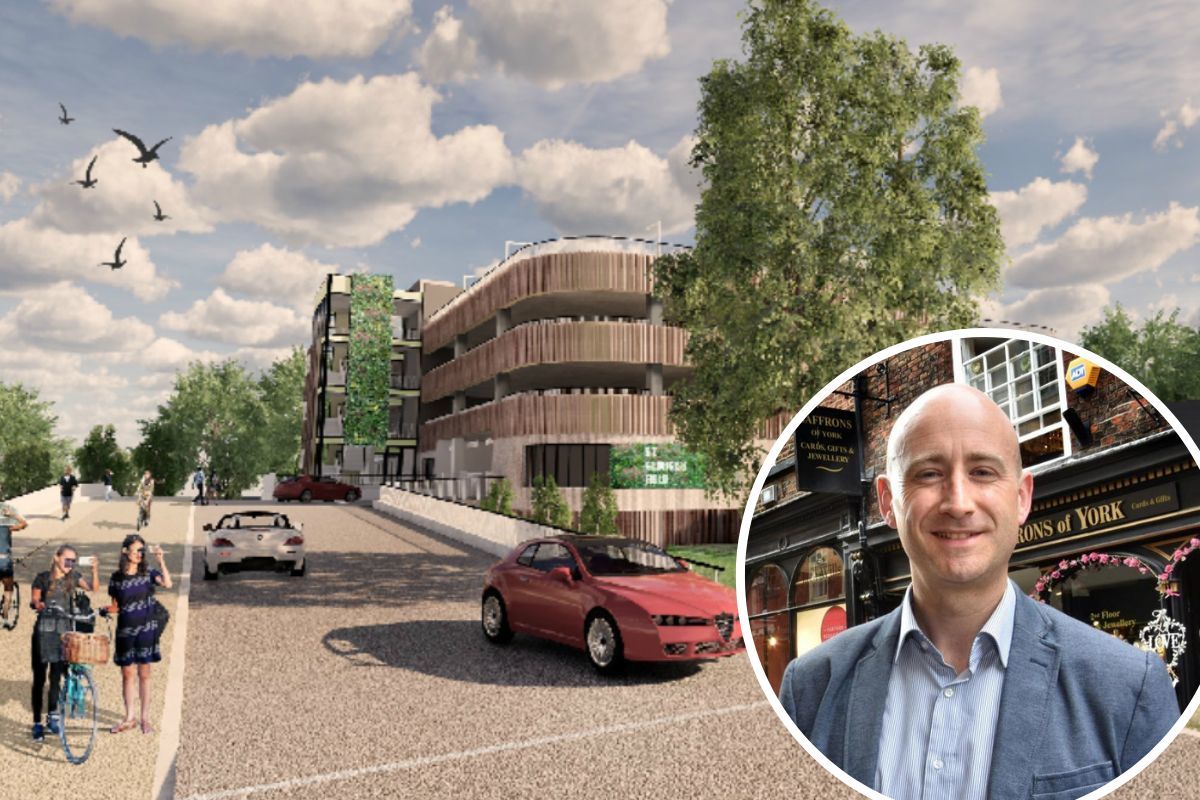 YORK businesses could withdraw support for a key town center regeneration project if replacement parking is not found, an industry leader has said.

Councilors voted on Thursday to postpone a decision on whether or not to build a multi-storey car park on St George’s Field until the summer of 2023.

The council has always promised to replace the spaces that will be lost next to Clifford’s Tower, with plans to turn the wider area into “a world-class public space”.

But Deputy Head of Council Cllr Andy D’Agorne said the scheme is ‘dead in the water’ as it is ‘not acceptable in terms of cost-benefit’.

Mr Lowson said: ‘As you read the background music you will understand why the major businesses in the city have told me they have no assurances that this multi-storey car park will go ahead and that will change part of their support for the Castle Gateway project. .”

Failure to provide an alternative parking solution for Castle Car Park would result in a loss of 327 spaces, according to a council report.

Parking capacity has shrunk in other parts of the city, while spaces in out-of-town business parks continue to expand, Lowson said.

He added: “Businesses in York are not asking for increased parking capacity, but rather adequate and good quality facilities that are easy for consumers to locate.

“If this executive isn’t going to commit to the multi-storey car park very quickly, he needs to show the business community what the alternative is.”

Mr Lowson called on the council to invest in car park occupancy meters and post real-time results on their website to “help all stakeholders better understand usage levels” and for the BID and the board are setting up a working group to take a closer look at the issue.

But Chris Copeland, a Labor Party member and opponent of a new car park, told councillors: “Our town is not just a shopping centre. Other stakeholders also need to be fired – heritage, tourism, conservation… and the disability lobby needs to be listened to.

Cllr D’Agorne, who reiterated his opposition to a new car park, said delaying a decision would allow further consultation with businesses and residents.

Cllr Nigel Ayre, executive member for finance and performance, said no decision had been made on the multi-storey ground at St George, but added: ‘We have made clear our commitment to replace the places of parking that would be lost with the closure of Château Parking.”

He added: ‘The reality is that the private motor vehicle remains the preferred – and necessary – mode of transport for many, and not just blue badge holders.

Place council chief executive Neil Ferris reminded councilors that ultimately it would be a political decision to make as there would be “no magic set of data that gives a clear view”.