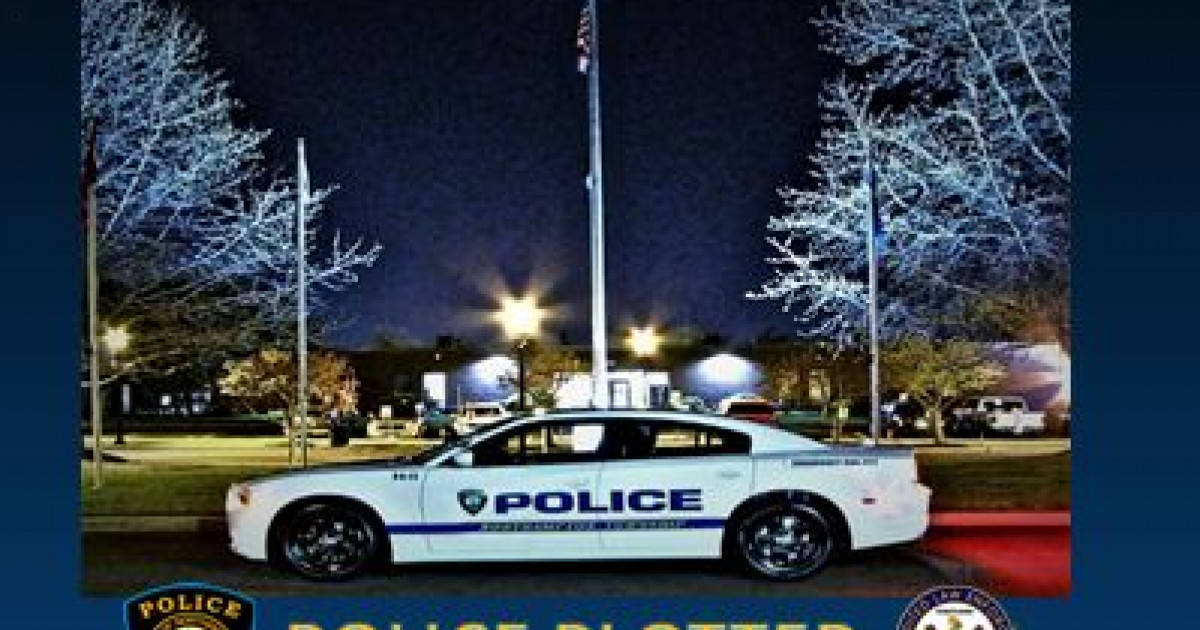 Patrol responded to Buck Road for an accident report involving two vehicles. Unit #1 reports being stopped at Briarwood Drive and Buck Road, attempting to turn right onto Buck Road, when it was struck in the rear bumper and driver’s side of the vehicle by Unit # 2. Both vehicles were towed and no injuries were reported.

Patrol responded to Ironworks Circle for a Suspicious Persons Report. The Complainant states that what appeared to be five young men were seen on surveillance cameras in the early hours of the morning showing up at the Complainant’s door. The cameras were able to capture the minors arriving in a vehicle and leaving in the same vehicle. The Complainant is trying to obtain additional surveillance video.

Patrol responded to Grace Drive for an animal complaint report. The Complainant reports that his neighbour’s cat entered his yard, where a melee ensued with the Complainant’s dogs and cat. The neighbor followed the cat into the yard and managed to get the cat away from the dogs. The cat was taken to the emergency vet, where it was pronounced dead. The neighbor went to emergency care for a bite received while trying to break up the melee. The Complainant’s dog received a laceration and required veterinary care. The cat was found to be non-compliant with its rabies vaccination and the complainant was informed of the necessary quarantine required.

Patrol responded to Glen Meadow Road for a report of an injured animal. The plaintiff reports that a small fawn appears to be injured while passing between their yard and their neighbour’s yard. The patrol advised to leave the fawn alone as its mother will return.

Patrol responded to Almshouse and Hatboro Roads for a report of two minors riding scooters on the roadway. The patrol encountered the miners, one whose scooter had died. The patrol conducted a courtesy ride to their home and spoke with a relative.

The patrol responded to a parking lot on the 2n/a Street Pike for an accident report. Unit #1 states that as they pulled into a parking spot, they hit the bumper of the car to their right. Minor damage was reported to both vehicles and no injuries were reported.

Patrol responded to Temperance Lane for a dog bite report. The complainant indicates that while they were working, a dog came down the aisle and bit their calves. There was a small puncture wound. The owner states that the dog was accidentally let out of the residence. The dog’s owner has been informed of the quarantine requirements for the dog.

Patrol replied 2n/a Street Pike for reporting an unidentified male sleeping in a vehicle. Patrol found subject who indicated he was just resting his eyes. Subject was found to be operating with a suspended license and no proof of valid insurance. The vehicle was towed.

Patrol responded to Hals Drive for a home fire report. On the spot, a thick smoke escaped from the house. The patrol confirmed that the occupants of the house had left the house. Northampton Fire Company, was able to extinguish the fire. Detectives work with the township fire marshal.

Patrol responded to Newtown Richboro Road for an accident report involving two vehicles. Unit #2 was traveling on Newtown Richboro Road when a deer entered the highway, Unit #2 came to a stop and did not hit the deer, but was hit from behind by the unit #1 which did not stop. Unit #1 was towed off the scene and no injuries were reported.

Patrol responded to the Richboro Wawa for a hit-and-run report. Complainant, Unit #2, states that while at the gas pumps, Unit #1 backed into Unit #2 scraping the passenger side rear bumper and left the premises. The Complainant was able to obtain the license plate. The patrol responded to the location of No. 1 Unit which indicates that they did not realize that they had hit anything and that their vehicle had suffered no damage.

While on patrol, officers saw a person known to them to have an outstanding warrant from Bucks County adult probation. A review of the files showed that the warrant was still outstanding. Officers took the subject into custody, had him processed, and transported him to the Bucks County Sheriff’s Office.

Patrol responded to Manor Drive for a stolen vehicle report. The complainant reports that his vehicle was covered with a tarp and that it was impossible to drive it. He was last seen on 6/23/22 when the Complainant returned to the property today the vehicle was missing. Officers are checking nearby surveillance cameras for additional information.

Patrol responded to Newtown Richboro Road for a report of a broken windshield hit by a golf ball. The complainant stated that he was able to obtain the golfer’s name and telephone number. The golfer thought the ball had veered left and embedded itself in the woods, but agreed to pay for the damage.

Patrol responded to Shelley Road for a dog bite report. Upon arrival, officers encountered the Complainant who had been bitten in the face. The Tri Hampton rescue team was on scene. The dog’s owner states that the dog suddenly stood up and bit the complainant as he was throwing food scraps. The dog’s owner was unable to provide a current rabies vaccine or Bucks County dog ​​license. The owner has been informed of the quarantine requirements.

Patrol responded to Ronald Drive for a coyote attack report. The complainant states that a coyote attacked his Yorkshire terrier. The coyote was last seen running towards East Rambler and Christopher Drive. The dog has over $5,000 in vet bills for the attack.