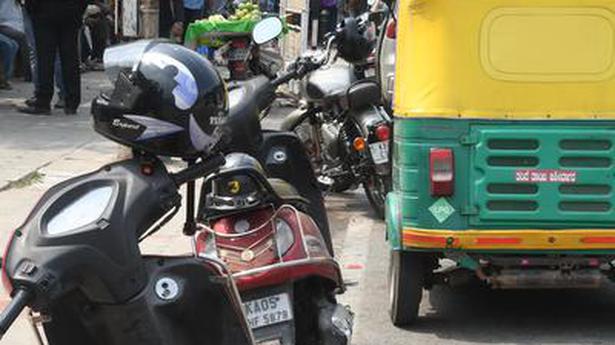 Parking problems are back in the spotlight in town, this time it’s about taking action against motorists who park their vehicles wrongly. On Wednesday, the Karnataka government announced that towing would be halted until clear and simplified rules are put in place.

However, many have long complained that the city lacks a robust parking policy, leading to chaos on the streets and leaving commuters prone to confrontation with law enforcement authorities.

“There is no clear allocation of parking spaces on most roads in the city. This has hampered the smooth flow of traffic, altercations between commuters and traffic police. The civic body must accelerate the introduction of smart parking systems at least in the Central Business District (CBD) area,” a senior traffic police official said.

For example, a proposal was issued in 2015 to provide smart pay parking on 85 CBD roads. To date, it has only become a reality on ten roads, including MG Road, Brigade Road, Residency Road and other key roads nearby. Paid parking was introduced on these roads in 2020.

“Smart Parking systems are imported and the pandemic has disrupted the schedule. In addition, on many roads, Smart City works were underway. We hope to implement smart parking on 25 roads by the end of March and then expand it to the remaining roads of the 85 road package,” said BS Prahalad, Chief Engineer (Roads and Infrastructure), Bruhat Bengaluru Mahanagara Palike (BBMP). He also added that in the next package, the BBMP was working with the Urban Land Transport Authority (DULT) to introduce paid parking on 260 roads.

The Draft Parking Policy of DULT, 2020, under which parking will be paid throughout the city, is approved by the Department of Urban Development. “We are working on developing zonal parking plans,” said V. Manjula, Commissioner, DULT.

Roads not for parking

However, traffic expert Prof MN Sreehari said while it was true that high parking charges would tempt people to head for public transport, roadside parking was not the solution. “The roads in the city are already narrow for the volume of vehicles we have. Roads are for traffic, not parking. Providing paid parking, even if the fee is high, will only cause more problems,” he said.

He also pointed out that most of the cellars of shopping complexes intended for parking have been occupied by businesses, which makes it difficult to park in most markets and shopping malls. “The BBMP turns a blind eye to bylaw violators and is likely linked to them. Getting around any mall in the city is such a nightmare as the roads are mostly occupied by multiple rows of parked vehicles,” Prof Sreehari said.

(This is the first in a series on the issue of parking in Bangalore and the controversy around vehicle towing.)