Coronavirus and debt: a toxic mix 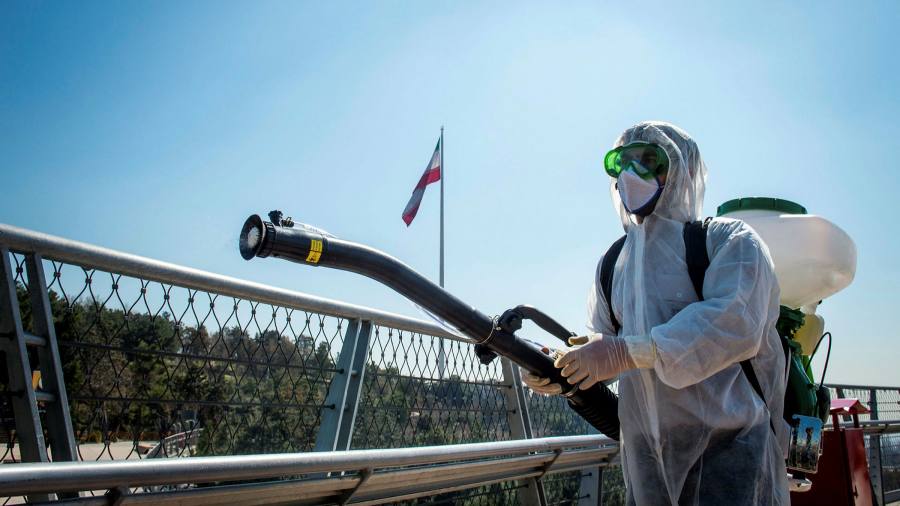 The spread of the coronavirus is likely to tip 2020 global economic growth below the OECD’s baseline estimate of 2.4% (already below the 2.5% threshold marking a global recession) towards its most pessimistic estimate of 1.5%.

This disease-induced shock on supply and demand could not have come at a worse time for an indebted global economy: $ 72.7 billion (92.5% of global gross domestic product) for sovereign borrowers and $ 69.3 billion (88.3% of GDP) for borrowers from non-financial businesses, according to the Institute of International Finance. Many highly indebted sovereign and private borrowers will be in difficulty.

The obvious victims are countries already in debt crises before Covid-19 hit. Besides Venezuela and Argentina, Lebanon has just defaulted on its maturing $ 1.2 billion Eurobond and is seeking to restructure all of its $ 31.3 billion Eurobonds. With around $ 90 billion in public debt, or 155% of GDP, the crisis-stricken country is going through its own version of the sovereign / bank loop – domestic banks hold most of its public debt.

Sub-Saharan African countries are also hard hit, nearly half of which are over-indebted according to the IMF and the World Bank.

Zimbabwe is going through an economic and humanitarian crisis, with a painful economic contraction last year. Half of its population is believed to be food insecure, while the newly introduced Zimbabwe dollar has lost most of its value due to triple-digit inflation. Arrears to external creditors represent over 30 percent of GDP.

Zambia is also struggling, with a record external debt of $ 11.2 billion at the end of 2019. The country continues to run a budget deficit of minus 9% of GDP on a commitment basis, making it difficult working with the IMF to restore debt sustainability. .

After posting a record debt-to-GDP ratio of 118% in 2017, the Republic of Congo obtained IMF financing of $ 449 million last July after being able to extend the maturity (without a principal discount) on its debt by 2 , 5 billion dollars to China. – show a way to tackle loans from China to sub-Saharan African countries.

Mozambique’s restructuring deal with 60 percent of its Eurobond holders remains mired in litigation. Angola’s public debt reached 102 percent of GDP. South Africa was in recession in the second half of 2019 – severe fiscal deterioration will soon bring public debt to 70% of GDP.

The elephant in the room in terms of sovereign debt risk, however, is Italy. Parts of the country in confinement represent 40 percent of its GDP; the economic disruption will likely push Italy into its fourth recession since the global financial crisis, bringing the 2020 budget deficit above the budgeted 2.2% of GDP and public debt beyond $ 2.5 billion, or 135% of GDP. Low interest rates can help for now, but zero growth combined with high and growing debt is not sustainable. While the likelihood of an Italian sovereign debt crisis is still low, it is not negligible and is increasing, representing a high impact risk for the global economy and an existential threat for the euro area.

With expected corporate earnings growth this year reduced to zero or negative for many mature and emerging market economies, corporate borrowers with low Interest Coverage Ratios (ICRs) will be under increasing pressure. A recent study by the US Federal Reserve estimates that for US companies, the average ICR is rather low at 3.7 and the percentage of debt at risk (with ICR

South Korea deserves special attention: in addition to being hard hit by Covid-19, it has a high corporate debt-to-GDP ratio of 101.6% – and a high household debt ratio of 95%.

China has the world’s highest corporate debt-to-GDP ratio at 156.7 percent. Most of the debt is domestic. However, it has many state-owned assets, including foreign exchange reserves of $ 3.1 billion and a relatively low level of public debt, at 54% of GDP. China can use its sovereign balance sheet to absorb corporate debt losses if necessary.

Beijing will likely continue to steer state-owned banks towards permanent loans to state-owned enterprises and state-owned asset management companies to perform debt-for-stock swaps, allowing a controllable number of demonstrative bankruptcies. . In other words, while the Chinese corporate debt problem is serious, its potential losses and impact will extend far into the future – debt resolution with Chinese characteristics!

In short, expect to see more cases of sovereign and corporate debt overhang in the coming months. While many distressed borrowers are individually small and non-systemic, if enough of them default at the same time, it would shock global financial stability. That is to say until Italy goes into debt!

Hung Tran is a Non-Resident Principal Researcher at the Atlantic Council and a former Executive Director General of the Institute of International Finance.

Beyondbrics is an emerging markets forum for contributors from business, finance, politics, academia and the third sector. All opinions expressed are those of the authors and should not be taken to reflect the opinions of the Financial Times.

Why are some people so upset about canceling student debt?

A good but incomplete start to debt relief

by admin on March 11, 2021
Paola Subacchi LONDON - A global collapse in economic activity during the COVID-19 pandemic has dramatically increased the risk of
read more
Car Financing

by admin on March 11, 2021
The court asked the Center why it was "taking so long" to implement the compound interest exemption program promised on loans up to 2 crore rupees. The chances of a further debilitating court-imposed burden on
read more
Car Financing