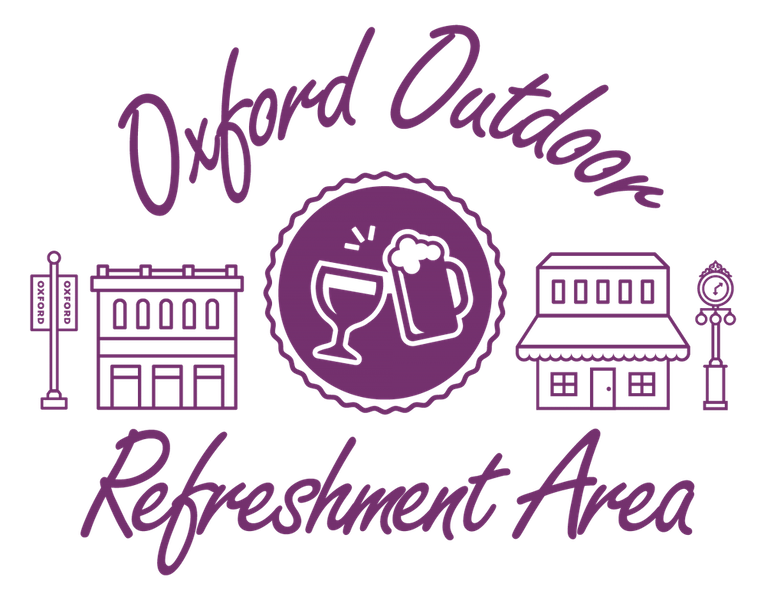 University of Miami students could be free to enjoy booze outdoors in Uptown Oxford next semester.

Since 2020, Oxford has opened a Designated outdoor refreshment area (DORA) every summer and winter while school is out of session.

DORA allows bars and restaurants to serve alcohol in specific DORA cups that customers can take outside from 11 a.m. to 11 p.m. each day. People are then free to drink from designated open containers in Uptown, from Church Street to Walnut Street to the north and south and from Campus Avenue to Beech Street to the east and west.

Deputy City Manager Jessica Greene said DORA began in 2020 to help businesses during the height of the COVID-19 pandemic. Now the city is considering a pilot scheme to keep it open year-round, even when students are in Oxford.

“The idea is that you want [Oxford] be a place to go,” Greene said. “You want people to come to town and just enjoy being here…You just try to get people to engage in town and have a good time while they’re here.”

The board must vote on a resolution to open and close DORA each summer and winter. If the city decides to go ahead with the pilot program, Greene said there will be no resolution to close it right away in August when students return. The city would then use the summer months to coordinate with partners on education, waste management and law enforcement to prepare.

If necessary, the city could cancel the pilot program at any time.

“The way we drafted it would still allow the board to put it out,” Greene said. “It would be a pilot. We will see how it goes, and if it goes well, we will continue. If not, we will turn it off.

The idea for a year-round DORA originated at a town council meeting last november. At the time, the Board voted to reopen DORA from December 17, 2021 through January 23, 2022, the length of Miami’s winter vacation.

“I believe DORA is bringing tremendous economic benefits to this town and we have paralyzed ourselves with the fear of students,” Ellerbe said at the time. “…We have had several instances where students have stayed here most of the summer and had no incidents of overuse or disorderly conduct due to alcohol in DORA.”

Five months later, Councilor Alex French said the city had had more in-depth discussions about logistics and implementation, and the council decided to prioritize the pilot program at its staff retreat in March.

French said the biggest problems outdoor drinking would cause in Oxford while school is in progress include policing and waste management since DORA cups are disposable.

“We’re basically handing out disposable cups to people all weekend,” French said. “Environmentally, we want to make sure we don’t just create an extra mountain of trash every weekend with all the DORA cups. So how do we balance affordability with biodegradable or compostable cups? »

Despite the obstacles, she said the year-round program would be beneficial for city-to-city relations.

“Expansion [DORA] year-round, it feels like we engage in trust with our student community,” French said. “That’s something that I think students would love to be able to do is go downtown and…have a drink of their choice if they’re 21 and go enjoy it in the park.”

For Kimberly Moore, Dean of Students, the problems a year-round DORA could cause seem more significant.

“Twelve hours, seven days a week of an intoxicating open neighborhood is a misalignment of our values,” Moore said. “It does not correspond to the values ​​of the institution. It perpetuates a culture of heavy drinking, or a culture of high-risk drinking, and that’s completely contrary to what we’re trying to achieve.

Moore said the drinking culture in Miami and Oxford has been on the decline in recent years. Green Beer Day citations have been declining since 2017, with 90 citations given that year, compared to just nine in 2019, the last pre-pandemic spring semester. This year, nine people were charged with alcohol-related offences.

DORA, Moore said, would be a step backwards.

“Students [I’ve talked to] were generally disappointed with [the DORA] sort of a devolution of culture,” Moore said. “It’s a devolution of drinking culture, and it plays into a very small part of who our students are.”

Jules Jefferson, a sophomore in biochemistry and nutrition, said keeping DORA open year-round might discourage students who don’t want to drink from going to Uptown at all.

“Anyone who just wants to go to Graeter’s Ice Cream or Krishna, or any other local business, will be more exposed to what’s going on in The Brick [Street Bar] because of the alcoholic beverages that are now on the streets,” Jefferson said.

Jefferson, member of EcoReps, said DORA would also have environmental implications. DORA cups aren’t reusable, and Jefferson has seen first-hand how some students dispose of their Uptown trash.

“I remember going to Uptown one time,” Jefferson said, “and as my car was pulling out, someone just threw their beer bottle on the floor as I was getting out. [If the DORA passes,] I think the litter will increase which diminishes the appearance of Oxford.

Even though DORA would allow students to bring drinks outside, French said she doesn’t think it will change students’ drinking habits.

“When students go to Brick Street, it’s because they want to be on Brick Street,” French said. “It’s just a different vibe than drinking on the benches in Uptown Park.”

No official decision has been made on whether to go ahead with the pilot program. Greene said the earliest he could be presented to the Council is in May.

Washington a good partner with the railroads