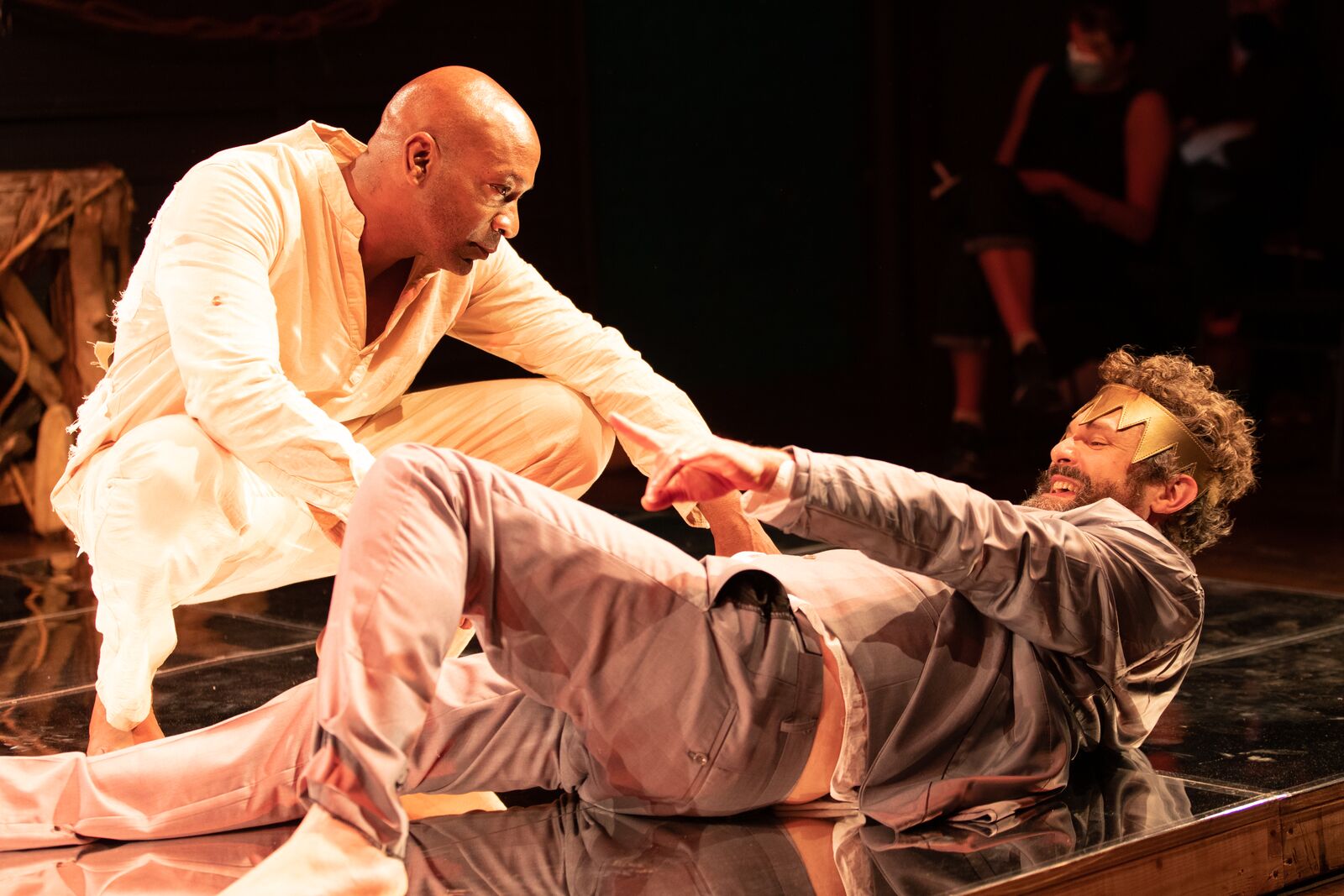 When the Oakland Theater Project was founded in 2012, it was known as the Ubuntu Theater Project and had around 20 members. The band’s early work revolved around a series of summer festivals, break the chains, which spanned several years and featured a dozen plays in unconventional venues – churches, parking lots and various public spaces – around the Bay Area.

A decade later, the seasonal festival has grown into a year-round production company with a new name and a permanent home in downtown Oakland, where emerging and seasoned actors and directors get a chance to do what they like: live theatre.

Managing director Colin Mandlin, who founded the company with Michael Moran and William Thomas Hodgson, fondly recalls what it was like to start the rambling but ambitious theater company, which has since grown to include around 50 members.

“It was a time when events like First Fridays were really starting to grow. There was a pretty established, integrated community of people who wanted powerful, artistic theatrical experiences, and they were willing to do that in interesting ways” , said Mandlin, “We were ready to give it our all and work tireless hours – and many unpaid hours.”

At first, the company had no permanent theatrical space, so productions took place in locations not usually considered theaters. The annual Classic Cars West show, the Oakland Aviation Museum, and Peralta Hacienda Historic Park in East Oakland have all hosted Ubuntu performances.

But in the spring of 2019, Oakland Theater Project moved to the Flax Building in downtown Oakland, where it operates from a converted loading dock. The space is also home to Flax Art & Design, a dance company called K*Star* Productions, and Artistic Picture Framing.

“We will always want our theatrical space to be connected to a larger artistic community. It was also a no-brainer for us to have this amazing art supply store in this community of visual artists,” he said. “Because there’s great cross-collaboration happening there.”

In 2020, the company changed its name from Ubuntu Theater Project to Oakland Theater Project, out of a desire to put a flag in the city it calls home. The change was accompanied by discussions among group members about privilege, who can use certain words and their meanings. “Ubuntu” is a Zulu word that roughly translates to “humanity”. The word can also mean “I am, because we are”.

“We talked and thought about what it means to be an American. What it means to be African American, not from an African continent,” said Mandlin, who is white. “There are all kinds of conversations about the English language and how we are an English-speaking nation because of colonization.”

Mandlin said that after having many conversations with members of the company who are black and of other races – some opposed the name change, while others welcomed the new name – he was decided that renaming the organization was the best course of action.

After a hiatus, live performances return

Even at the height of the pandemic in 2021, the team managed to put on a successful series of drive-in shows and a handful of in-person shows.

“It was awesome. It was wild in some ways because your margins are so thin, and if you don’t predict correctly you can suffer a big loss,” he said. “We were trying to embrace a whole new way of producing, and we had no idea how much money we were going to generate.”

Mandlin and the team were grateful to be producing only live theater in a time of uncertainty.

“We were able to serve our community and tried to provide some healing during a time of extreme isolation,” he said. “We have a role to play both in creating art that says something about the times, but also a lot about healing and community-oriented interpersonal connections.”

Despite the joy that comes from these efforts, Mandlin said the pandemic has crippled local artists and arts organizations who were already struggling with rising costs for housing and commercial space. Tax revenues from hotels, which fund arts and culture programs in Oakland, plummeted after the pandemic hit in 2020.

“The Oakland Theater Project may not be the only professional theater company open year-round right now. [in Oakland] if space had been more affordable before, or if there had been more funds to invest,” he said.

As the 10th anniversary approaches, Colin and the team have decided to hold the 2022 season live inside the theater, with safeguards in place for members and patrons. Although Alameda County lifted its mask-wearing restriction on February 16, the Oakland Theater Project will continue to require masking during its shows. Proof of vaccination is also currently required by the City of Oakland.

The theater’s seating capacity is currently limited to 40 (the room at full capacity can seat 99). However, Mandlin hopes to increase the number of seats allowed as omicron’s push wanes in the coming weeks.

“2022 will still be kind of a year of transition, but we hope that in 2023, and beyond, we can have a strong body of work and opportunities for everyone in our business,” he said. added.

The 2022 season opens this Friday, February 25 with William Shakespeare Storm, directed by Michael Moran. The show will also be broadcast live. The opening night show is sold out, but a limited number of tickets are still available for this weekend’s shows. Storm will run from Thursday to Sunday until March 13.

As the Oakland Theater project grows, the team thinks about how they can deepen their roots in the city and continue to help local artists grow and thrive.

“We see such a need for ourselves as an organization,” he said. “But also for the community to have an even more established performance space.”

With a new name, a permanent home in downtown Oakland, and a commitment to being an inclusive, diverse, and welcoming organization, Mandlin expects the Oakland Theater Project to be here for years to come.

“We are attached to the city of Oakland. We want to be a staple of this community and make ourselves known as the theater in this city.

Sandy Springs is looking to spend more on trees