The board heard nearly 30 comments from the public ahead of its Thursday night decision, all of them opposed to the sales tax cut.

But what swayed most council members was a proposal to hold a council workshop before voting and also to seek legal advice. There was disagreement over whether the sales tax cut would result in the loss of $75 million in Washington state funds.

But other board members present at the meeting preferred a voice vote to table the decision. The council has nine voting members, all elected by the city council and county commissioners from the area.

Most agreed they needed to have a discussion about ideas for operating transit more efficiently and ways to increase ridership or otherwise provide more value to residents.

No decision has been made on whether this workshop will take place immediately or after the transit commission fills its vacancy as general manager.

Board members first want to know how long it will take to get an opinion from the Washington State Attorney General’s office on whether or not they qualify for newly available grants worth $75 million. dollars over the next 16 years if the agency’s tax authority is reduced.

The Washington State Legislature approved the grant money with the intent that transits could not reduce the taxes they collect and then offset that with the grant money.

The grants also require transits to agree by October 1 to let passengers under 18 ride for free to be eligible for the grant.

Didier, citing the Washington Policy Center, said the temporary reduction to 0.5% of the 0.6% sales tax collected for transit in the Tri-Cities bi-county area would not make it ineligible for subsidies. Sales tax administration and sales tax rates are not the same thing, he said.

But some other board members said they weren’t willing to bet $75 million on it without legal advice.

Kennewick City Council member Brad Beauchamp agreed to table the tax cut rulings but said he was concerned about what will happen when the grant money runs out more than a decade from now.

The conversation then could be about raising taxes to make up for the loss, he said.

Richland Councilman and transit board member Terry Christensen said now was not the right time to put the issue to a public vote, given factors including high inflation and rising gasoline prices.

Voters can’t now receive reliable information about the impact on public transit two or four years from now if taxes are cut, he said.

Pasco councilor Joseph Campos said the service could be available to more people, but that can’t happen if taxes are cut.

In Pasco, 24% of average household costs are related to transportation, 13% of Pasco residents have a disability and 4% of households do not have a vehicle, he said.

“To blindly do a sales tax cut without having a clue what we’re trying to accomplish, I doubt it’s really a real approach for a board member to say they represent their constituents. “, did he declare. “Public transport is important and it can be improved.”

This could include providing a bus service for workers to the Hanford nuclear reserve, he said.

Ridership rose 14% on general bus routes from January to February, he said, which he attributed to the rising cost of gas.

Several of the people who spoke during the public comment period said the average savings per person per month from the proposed sales tax reduction would be $1.66, or about $20 per year. .

Most residents would not notice these savings, but users who cannot afford a car or who cannot drive because they are disabled would see their quality of life diminished by service reductions resulting from the reduction in sales tax, they said.

But Didier countered that $1.66 per person in a large family, such as farm workers who pick asparagus, would be a big help.

Transit service is important, but in the Tri-Cities it is not run effectively and efficiently, he said.

Ben Franklin Transit staff said cutting sales tax and not being eligible for the new state subsidy would represent about a 25 percent change in the agency’s possible budget.

This would require a reduction in service, less spending on capital projects, or a combination of both.

During an hour of public testimony, council members heard how valuable good transit service is to a community.

According to the bus service

CRA’s Cindy O’Neill said public transport services were a lifeline for people with disabilities, giving them independence. The service also saves family members from having to take half a day off to travel to essential activities, such as doctor’s appointments.

“Most of you board members drive wherever you want,” said Frank Cuta, a blind pensioner from Hanford.

He depends on public transport services to stay active and independent.

“I’m deeply concerned because I know that cuts to public transit funding will ultimately leave me out in the cold,” he said.

Dale Engles, a Dial-A-Ride driver, said the council seemed intent on punishing the poor and disabled in the Tri-Cities area.

“If anything, we should invest more in our transit service, making it more accessible, easier to use, more convenient and timely so that most of our community feels confident that they are going to get there. where she’s going in the time she needs. ,” he said.

Cigden Capan from Richland said she tried to get around by bus but didn’t have time for long waits between bus transfers or waiting 30 minutes for the next bus if she had any. one was missing.

Parking can be hard to come by at Pacific Northwest National Laboratory and Washington State University Richland and students have asked the chancellor to provide free bus passes to ease the parking problem, she said.

Instead of cutting service, the transit commission should respond to unmet demand for transportation, she said.

Caleb Thomas, a student from Kennewick, said the bus service got him a job before he had saved enough money to buy a car, although he still took the bus to class several days a week.

He no longer gets food stamps or free and reduced lunches, but he could if he couldn’t get to work, he said.

Ginger Wireman told the board that she took the bus to her job in North Richland before the pandemic due to heavy traffic during commute hours from the Hanford site. Driving costs her about $100 a month, but a bus pass costs $25, she said.

Others said having a reliable bus service was important to attracting new businesses.

“People who need it desperately need it,” she said.

Ben Franklin Transit is not a business, but it should be run as efficiently as a business, said Benton County Commissioner Will McKay, chairman of the transit commission.

“I would like to see how we can tighten this budget to make it more efficient for everyone, the riders and the taxpayer,” he said.

There are areas where public transit could save money, he said.

Related stories from the Tri-City Herald

Senior Writer Annette Cary covers Hanford, energy, environment, science and health for the Tri-City Herald. She was a journalist for over 30 years in the Pacific Northwest. 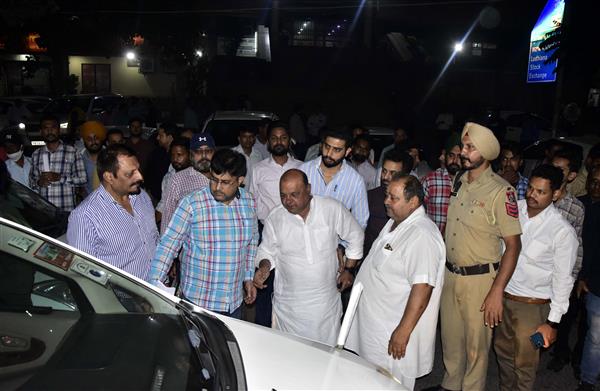