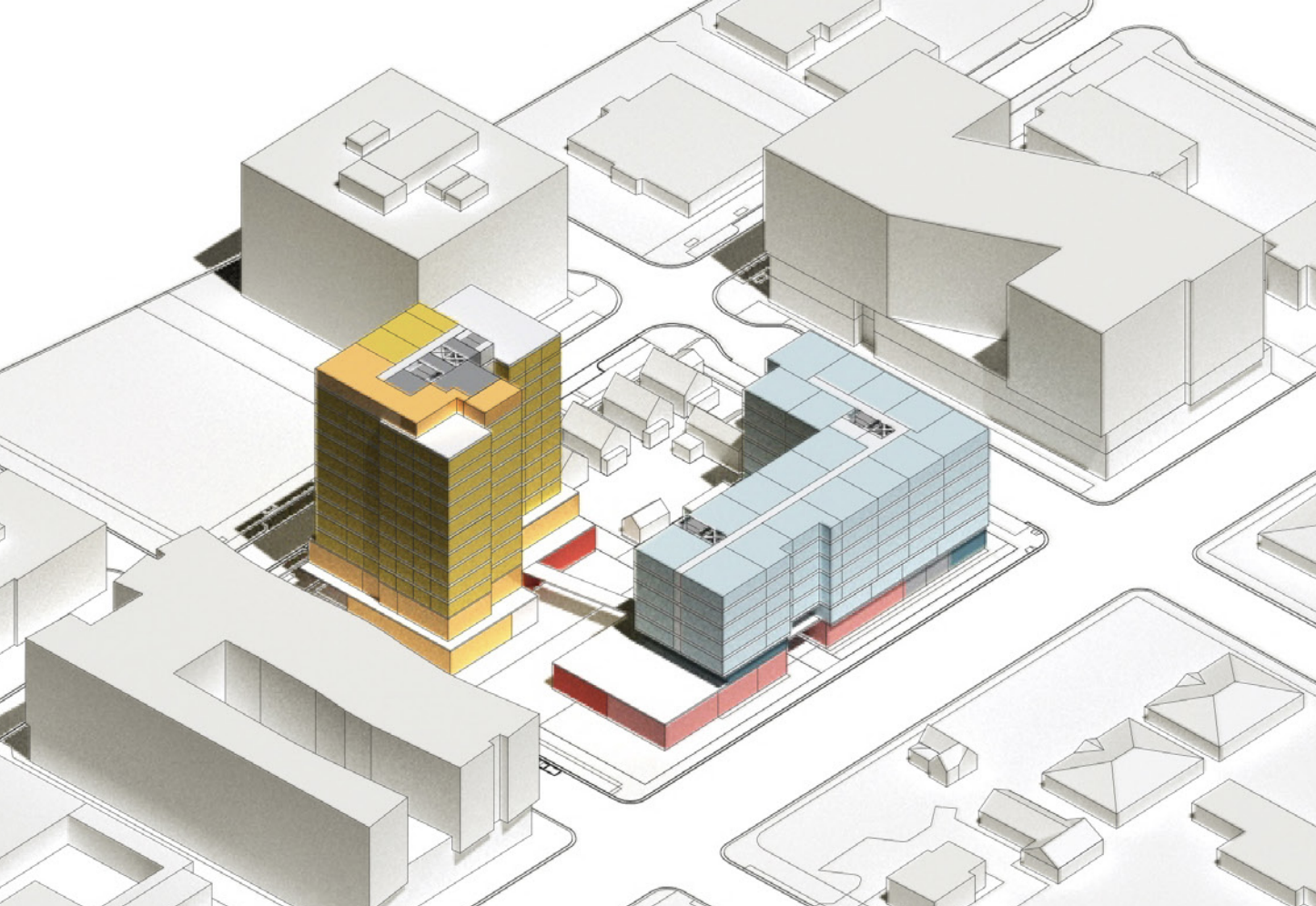 Another large-scale downtown project could add a new 12-story building to the skyline, just between Front St. and Myrtle St.

The Boise Roundhouse company has started the process of developing a set of properties it owns on a block between Myrtle St., 5th St., 6th St. and Broad St. The site sits between two other projects developed by Roundhouse – The Fowler to the west and Foyer to the east.

The project is the latest in the evolution of Boise’s Central Addition neighborhood from a mix of single-family homes and offices to a dense neighborhood with a number of tall buildings. A saltbox house is a style of house with gabled roofs. A number of salt houses dotted the central addition before developers began revamping the area.

The Saltbox – hotel and more

The development, dubbed the Saltbox Project, would begin with a large underground car park that takes up about 3/4 of the block. The plan calls for 130 parking spaces.

Rising from the ground, it would then have three individual buildings, each shaped to surround a central plaza in the middle. A series of four townhouses and a single family home on the corner of 4th and Broad are not owned by Roundhouse and are not part of the project.

At the corner of 5th and Broad, the firm hopes to build a 12-story hotel. The hotel is said to have 180 rooms, with a restaurant and bar on the ground floor. The second floor would include a 13,000 square foot conference center. Next, nine floors of hotel rooms, with a rooftop pool as well as restaurants on the top floor.

The proposed hotel is the latest in a series of proposals for new downtown hotel rooms, including a recently proposed 270-room project at 10th St. and Grove St.

The preliminary plan calls for a valet parking area along 5th Street in an area where there is currently a parking spot under the Americans with Disabilities Act. The city told the plaintiff that the plan would need to change to retain the ADA space and that “valet parking should be on-site and not in the public right-of-way…”

Plans often evolve from the pre-application stage through to formal application submission.

The second and third buildings would form a new apartment project along Myrtle St. On the ground floor, the building would essentially be split in two, with amenities including a possible gym, retail and bar overlooking the courtyard. A number of walk-up apartment levels are also shown. On the second level, the hotel building would be connected to the project by a walkway. A clubhouse and apartments complete the rest of this floor.

Then, on the third floor, the two apartment buildings would meet and rise to a height of six stories. In total, the project would include a total of 100 apartments.

Earlier this year, crews worked to demolish an office building on the site. The ground is now clear.

Initially, part of this site was included in a plan for two towers connected by a skybridge over Broad St. Former Boise City Councilman Scot Ludwig proposed the project, but later sold one of the two lots at Roundhouse.

The project will need to obtain several approvals from the City of Boise. The site currently bears ‘residential office’ zoning, which limits both the height of a project and the density of housing. The city says it would need a C-5 zoning designation, which is the densest zoning designation in the city.

He will also have to pass the design exam.