Manchester Airport and police crack down on rogue car parks

HOLIDAYS are being warned of ‘illegal’ parking scams at Manchester Airport during the busy summer season.

Passengers are urged to verify companies before handing over their car keys to fraudulent operators.

The new warning was issued after Cheshire Police teamed up with Greater Manchester Police in June to crack down on unscrupulous activity.

Operation Cicero was mounted as part of a multi-agency crackdown to crack down on rogue parking businesses.

Holidaymakers had reported incidents relating to car parks operating near the airport at Lode Hill, Styal and Moss Lane.

Problems included car theft and criminal damage to some drivers returning home to find their cars had traveled thousands of miles while on vacation.

Some companies left vehicles for long periods on residential streets, despite claiming they would be safely stored.

About 150 people returned home to find their car keys missing and their vehicles stuck in a swampy field in Styal.

Police continue to crack down on rogue businesses.

The airport is also taking steps to combat congestion caused by the increased number of taxis and private hire vehicles traveling to and from the airport.

A dedicated private hire waiting area is now available for drivers between jobs, so there is no need for vehicles to wait in nearby residential areas.

The cost of staying in this area has been halved during school holidays so drivers can wait up to three hours for just £1.

Private rental companies are contacted directly by the airport with details of the new arrangement.

The airport will consider renewing this program during subsequent peak periods if it proves successful.

A private driver, Zaheer Aslam, said: “This is great news. I didn’t know this place existed.

“Great to use the restroom. Kudos to everyone involved in fixing this issue.

Chris Woodroofe, Managing Director of Manchester Airport, said: “We understand that for taxi drivers, particularly those based some distance from the airport, it makes financial sense to wait in the area for a return fare rather than making the return trip without a passenger.

“However, when a high number of private rental vehicles are waiting in nearby residential areas, it can create traffic congestion and increase the risk of careless or illegal parking.

“This is why we have set up this system for the summer vacation period.

“We continue to take the issue of dishonest meet-and-greet companies very seriously.

“As well as our own official car park, there are a number of reliable and reputable third-party providers near the airport and we always urge passengers to do their research before handing over their keys.

“We encourage customers to use initiatives such as Park Mark and the government-backed Buy with Confidence program to find a supplier who has undergone a series of detailed checks and is committed to trading fairly.”

Buy With Confidence is a government program listing suppliers vetted and approved by trading standards to ensure they operate in a legal, honest and fair manner.

“We have received a number of complaints from residents about rogue parking companies operating near Manchester Airport.

“These companies claim to be secure car parks that are affiliated with the airport. In reality, vehicles are often stored in unsecured muddy terrain.

“We have had reports of damaged vehicles or even stolen parts.

“In other cases, we have been contacted by people who have returned home to find that their vehicles have traveled thousands of miles while on vacation.

“While we are committed to working closely with our partners to address these issues, it is essential that holidaymakers play their part.

“I would urge anyone going on holiday and looking to book a parking space to do their research, choose a reputable company and always book through an official website and not settle for the cheapest option. .

“Otherwise your car can drive around the UK while you travel the world.”

To find out more about these programs, visit parkmark.co.uk or buywithconfidence.gov.uk.

Why aren’t all car parks covered with solar panels? 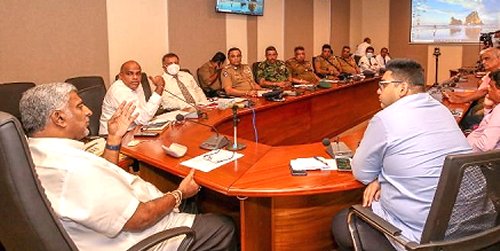