Living in your car: utility bills are pushing some Calgary workers over the edge 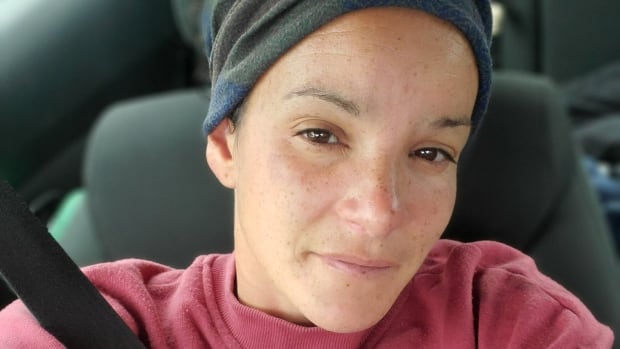 Jade Cromwell had her life in order.

At 34, she had her own landscaping business, a rental home with an option to buy, and three roommates to help pay the bills. But every time COVID-19 cases have increased in Alberta, the economic impact has fallen like a hammer and has cracked down on her carefully arranged life.

Last fall, his business closed; her roommates also lost their jobs and had to move. Even when she got a new job in forestry education, it wasn’t enough. His electricity bill was the final blow.

“I’m pretty aware of my ecological footprint. But the bills seem to stay steady at $ 500 per month,” she said. “It was pretty extreme. I didn’t know how they were so high and it didn’t make sense, but it was mostly a service charge.

“If they weren’t there, I probably would still have my house. The utilities just destroyed it and ruined my credit on top of it.”

Cromwell broke his house contract and spent the summer living in a tent at a Bragg Creek campground. She now lives in her car and on friends’ couches, trying to find something safer before winter comes.

She is not alone. Utility bills have risen across the province for several reasons, including the phasing out of coal and a provincial decision to end electricity rate caps.

Normally these calls decrease in the summer when utility bills go down. This year, they didn’t.

“With COVID, we saw that everyone was home a lot more than they probably expected because of the restrictions and stuff,” Clarke said.

“People are spending more time in their homes. And so what we’re seeing is the unexpected impact of that. People have seen their utility bills go up because their usage has increased at a time when normally it doesn’t. was not. “

Unfortunately, Clarke says there isn’t much they can do to help as there is limited funds available in the system to cover utility bills.

“What we often find is that if someone hasn’t paid their utility bill for some reason, maybe they haven’t paid rent either,” Clarke said.

“Maybe their phone bills got disconnected, maybe they’re running out of groceries, maybe they haven’t been able to afford the school fees. look at it from a holistic perspective while assessing what is the most pressing need. “

From campsites to car parks

Cromwell said living in a campground for $ 200 a month this summer wasn’t bad. But now that it’s colder, she finds a Wal-Mart parking lot, folds the back seats on her Chevy Cruze, and sleeps with her feet in the trunk. It’s uncomfortable, but even in this she’s not alone.

She says there were probably four other people staying at the campsite for similar reasons and there were others staying in the Wal-Mart parking lots. There is a Facebook page dedicated to what is called Vanlife and many have joined it not because it’s trendy, but out of necessity.

“They’re like, well, at least I’ll have a community,” Cromwell said.

“A lot of people are in their cars now because they can’t afford the way the world is going.”

Cromwell said his boss has been extremely supportive of his new job. She now hopes to work with a financial advisor to pay off the $ 1,200 outstanding debt and soon rent a warmer place.

“It’s not really living. It’s just surviving,” she said. “My plan is to work bit by bit with my bank and a financial advisor … so that I can move forward and make sure my credit isn’t damaged too much.

“And I guess I’m trying to make more conscious decisions about my utilities. I didn’t know it was going to be that high. My strategy is just to find a better strategy and stay a little more stable. The old way doesn’t work. It doesn’t work anymore. “

Clarke says she thinks Calgary has reached a crisis tipping point with the number of people struggling to pay their utility bills, but she hopes from conversations she’s had with utility companies saying that they want to be part of the solution to the problem.

“Looking at distribution rates, services, maybe alternative options for people struggling with poverty or people who have access to other types of support,” Clarke said.