Letters to the Readers: Free Parking in Hospitals Too Often Abused 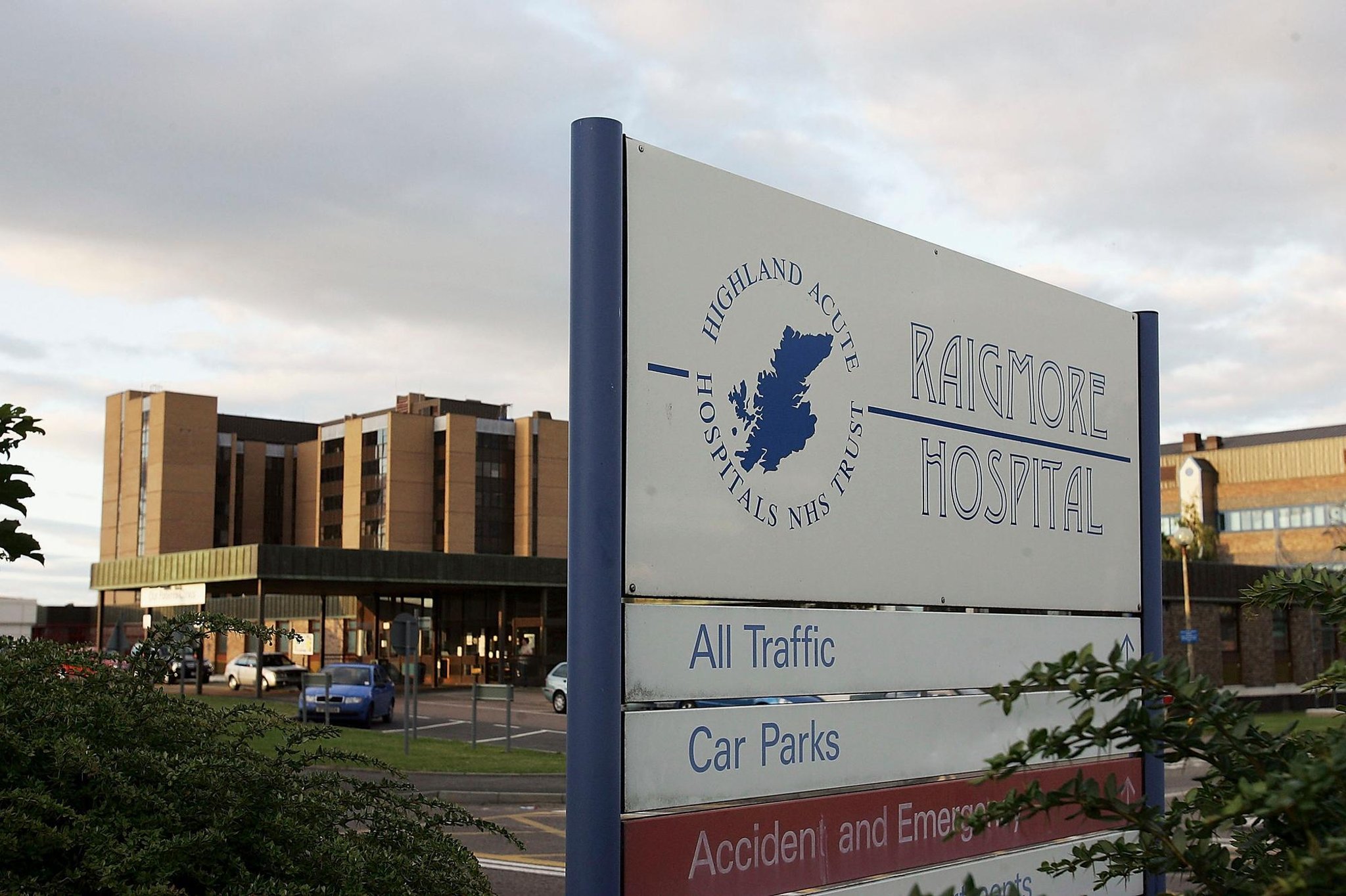 Raigmore Hospital is used as long-term free parking by vacationers, according to the reader (Photo: Christopher Furlong / Getty Images)

Often after more than two hours of driving to the hospital in the Highland Capital I could not find a parking space in the free parking lot and had to park in town and then take the bus. I spoke to one of my advisers, who told me that one day she saw people in the parking lot emptying luggage from their trunk and then putting their suitcases in a waiting car, which then had to go to Inverness airport or train station. Free parking for the duration of the holidays. I have also heard that the hospital parking lot is often used as a relay parking lot by people going to the city center.

There has to be a way to prioritize spaces for real patients, especially those who have walked long distances. Otherwise, report the parking fee, it would help to some extent.

Register now to our Opinion newsletter

Register now to our Opinion newsletter

Yesterday Scotsman reports on the latest piece of our not-so-great education system, an attempt to push political views onto our most vulnerable, children, via a tired and overwhelmed teaching workforce.

The anti-racism education plan is another catch-all of incompetent nonsense. Presenting “white privilege” in classrooms as an undisputed fact has been rightly denounced by Kemi Badenoch, the UK government’s Equality Minister. Lindsay Paterson, professor of educational policy at the University of Edinburgh, said that if the courses were based on “surprisingly one-sided” guidelines, they would be “totally inadequate in a liberal society”.

One of the ridiculous questions of the “test” is “if my day is going badly, I wonder if the negative episodes had racial overtones”. It seems to me that someone has too much free time and is probably being paid a small fortune to invent this nonsense. Any government that begins to mess with our education system needs to be scrutinized.

Five years ago, the Supreme Court, in ruling on the empty can, kicked the way the “appointees” bill was, declared that “the first thing a Totalitarian regime is trying to do is prey on children, keep them away from the subversive, various influences of their families, and indoctrinate them into their leaders’ worldview.

With that in mind, when the document states that teachers should recognize that race is “a system that serves to enable capitalism and the current world order,” I think the alarm bells should ring loud and clear.

The EIS, led by Larry Flanagan, supported this garbage. What else can one expect from a union which is making policy with the Scottish Government without the consent of its members and would rather have children stay at home staring at a computer rather than find out what the Scottish government really is? education, daily interaction with fellow students and face to face-to-face learning with professional teachers.

Is there no end to what this government will do to shape the nation in its image?

Conor Matchett (August 27) is right in his analysis of Nicola Sturgeon’s predicament – trying to keep fanatic members on board without scaring swing voters. For years, she has dangled the carrot of independence to hardened nationalists while declaring, to appease the less enthusiastic, that a vote for the SNP is not a vote for independence. This quickly changed to “the people have spoken and want an independence referendum” once the votes are counted.

There are only a limited number of times the Prime Minister can do this before one side, if not both, gets wise and sees them as fools. Joining the Green Party will make no difference no matter what she says.

Another referendum, especially now after the impact of Covid, would result in a taxi calling for her as it did for her predecessor seven years ago. I don’t care if it’s a hybrid or a fully electric vehicle, as long as it takes it away from Bute House forever.

I’m surely not the only one asking the president of Holyrood to make a quick and effective decision as president (not as a green MSP) to take away the right of the Green Party to ask questions of the prime minister at the FMQ.

By entering into a coalition with the SNP government – and a coalition, although denied it is most certainly the case – suppresses the Green Party as the official opposition party. It would be highly inappropriate for one of the two subordinate ministers to have the opportunity and the right to ask questions of a government in which they sit. Alison Johnstone, as president, must demonstrate her “independence” from the party she supports and act accordingly with immediate effect.

On the day Scotland recorded its highest number of Covid cases, the SNP Transport Minister announced seven more countries from which people could travel to Scotland without quarantine. This suggests that we are repeating the same mistakes over and over again. As we head towards 11,000 deaths, the Scottish government must act now.

I think Scottish Greens co-leader Lorna Slater should be in charge of the SNP / Scottish Government Consulate in Beijing, China as part of her new portfolio of Deputy Minister responsibilities. Lorna’s policy is quite similar to that of the Chinese Communist Party, so she should fit well into the Chinese state.

I am confident that given that we are in a Code Red climate emergency, helping the Chinese to conduct a climate compatibility assessment on the impact of China’s planned construction of 43 new power plants in China. coal would be much more beneficial to the planet than carrying out a climate compatibility study on the modernization of the A96 in the Highlands of Scotland.

Anti-racism education will be ‘mainstreamed’ into school life in Scotland

I was reprimanded by Clark Cross for not paying attention to the remarks he made in his previous letter (Letters, August 26). I should sit at the back of the class, but not before I appeal to those who are concerned about the future of planet Earth. Human sources of carbon dioxide emissions have grown steadily since the industrial revolution. The increasing rate of deforestation and the burning of oil, coal and gas are the main causes of this increase.

The only sure thing that will save our planet from our ineptitude and selfishness is our extinction. We have proven ourselves to be poor stewards of once pristine environments across the world, and our sense of superiority over all other species is likely to be our downfall. We cannot exist in splendid isolation – we are part of the cycle of life.

We are a very intelligent species, but we haven’t always used our cognitive abilities to good effect, humanly or even for our own benefit. If we were judged here, watched by a cynical supernatural being, I doubt we would get a pass on the demands that give us the right to stay.

How can we boast of our superior intelligence when we rob the only house we have to live on? If we continue on our current course, we will reach the point of no return – and no amount of wailing will change our destiny. It only remains for us to hope that we will heed the warnings that nature is sending us more and more.

To survive global warming, Professor Stuart Haszeldine lists several techniques (“Scotland can lead the way with carbon storage”, Perspective, 25 August). However, it fails to mention nuclear power, the only ingredient needed to provide reliable, greenhouse gas-free baseload electricity. Scotland will not lead the way without this ingredient, which the Scottish government will stupidly let go in a few years. Greater energy efficiency is not a guaranteed way to reduce demand either. Studies have shown that such a measure can lead to increased demand as users find energy cheaper. As for carbon capture and storage, we have not yet seen a demonstration. I don’t expect this to be a practical solution. Regardless of such attempts, global warming will continue unabated until the world realizes that drastic geoengineering is needed.

In any debate about Scotland’s future position, it is important that the facts are not ignored and that the propaganda is put in their place. A fable that is regularly recycled by many who desperately want to break up the UK is that Scotland, with an incredible stroke of luck, would start ‘with a clean slate’ and the UK would take all the debt and pay it off. pensions from a new Scottish state.

The truth is less attractive. If Scotland separated, she would not have the pound. There would be no Scottish contribution on interest rates and there would be no bank of last resort to help us as happened during the Covid crisis. The new state would also have to take on a very large debt. Scottish independence supporters like Leah Gunn Barrett (Letters, August 26) claim that if Scotland dismantled the UK it would bear no part of the UK national debt and that ‘the UK inherits all treaty obligations, including debt ”. The government’s correct position was stated unequivocally: “… the respective shares of the debt and the terms of repayment would be subject to negotiation.” “

We welcome your thoughts. Write to [email protected] including name, address and phone number – we will not print all details. Keep letters under 300 words, without attachments, and avoid “letters to the editor” or the like in your subject line.

A message from the editor

Thank you for reading this article. We depend on your support more than ever, as the change in consumption habits caused by the coronavirus is having an impact on our advertisers. If you haven’t already, consider supporting our trusted and verified journalism by purchasing a digital subscription.

Porsche Taycan EV will now park thanks to new updates