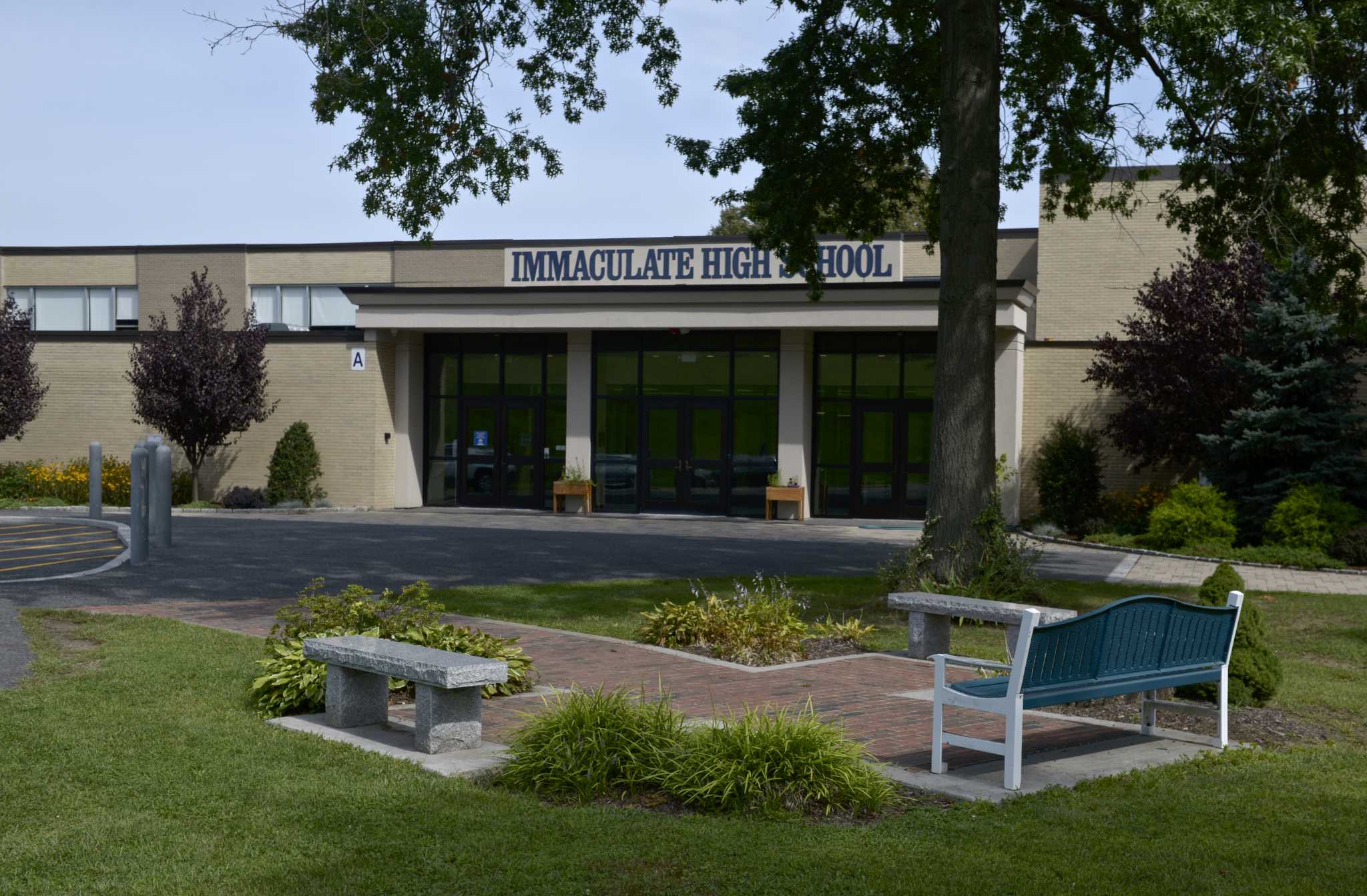 DANBURY — As it celebrates its 60th anniversary, Immaculate High School is embarking on a strategic fundraising campaign to raise $4 million to improve campus facilities and provide scholarships.

Immaculate’s Board of Directors will launch the campaign in October. The money will be used to upgrade facilities, sports fields and infrastructure at the school, and provide scholarships to students in need.

The 60th anniversary celebration throughout the year will also honor the legacy and successes of the Catholic school. The official kickoff of the anniversary celebration began with a Mass led by Bishop Frank Caggiano of the Diocese of Bridgeport at Immaculate on September 9. All faculty and students were in attendance, along with special guests, parents, and alumni.

“Catholic education is a precious gift,” Bishop Caggiano said in a prepared statement. “It opens students’ minds and provides a compass, a moral direction for their lives. We need to celebrate and support that future.”

“This anniversary and the fundraising campaign reflect more of the young people who are being formed here than the bricks and mortar that the school will modernize. These young students are the living stones, the living bricks of the house that Immaculée is building. to build”,

The $4 million fundraising campaign will be split into three, including $2 million for infrastructure improvements, $1 million for scholarships and $1 million for sports upgrades, said Michael Macari, director of the marketing and branding of Immaculate.

“Our building here is in good shape and our sports complex is in good shape,” Macari said. “We just need to replace some things like windows and improve our parking lots. Hosting 20 varsity sports is taking its toll on the pitches and courts. For sports the main thing is to add lights and a race track.”

Part of the $4 million campaign goal will be to establish the Robert E. Gerwien, Sr. Endowment Fund, named after the school’s beloved principal who served as both a teacher and school principal. long-standing from 1968 to 1995. The Gerwien Scholarships will enable dozens of qualified students each year to apply for and receive financial assistance to attend Immaculate. The fund will be launched after graduation in June, which Gerwien will celebrate his 90th birthday in June, Macari said.

Immaculate’s tuition is $16,750, according to information provided by Macari. He said that compares favorably to the average tuition for Catholic schools in Connecticut, which is $25,000, and for private schools, which is $50,000 per year.

Macari believes affordable tuition is one of the many reasons for the school’s longevity.

“Parents today have a choice when choosing the right school for their children,” Macari said. “It’s very competitive there. The motto here is ‘Your Dreams, Our Mission’. Academically, it’s exceptional here. We work with local colleges like Fairfield University and UConn to offer students an advanced education.

As for the $4 million fundraising campaign, a portion of the funds will be raised by the school’s Leadership Society and Mustangs on the Road, an alumni group that will arrange meetings with potential donors. They will bring campaign details to supporters, alumni and donors in the area, New York and Boston.

The one-year anniversary celebration will conclude with an “all alumni reunion” and celebratory weekend from June 2-4, 2023.

“Become the best version of yourself”

“Kids here always praise their teachers,” Macari said. “I think a big reason is that these teachers care about our students, showing support that goes beyond the classroom. All of these reasons are why there are over 7,300 alumni and growing .”

As for the legacy, every freshman class includes children and grandchildren of former students.

“The teachers here are amazing,” said sophomore Clara Rodriguez. “They make you completely comfortable asking for help. They challenge you to be the best version of yourself.”

Macari said participating in Immaculate provides a good return on investment. The Class of 2022 has received more than $33 million in scholarships and awards at the 243 colleges and universities to which they have been accepted. Colleges included Yale, Georgetown, and Notre Dame.