A Southern California sheriff’s deputy was dismissed after surveillance footage showed him kicking a suspect in the head after the man appeared to surrender, the authorities announced.

In video obtained by TMZ, the suspect, identified by the Sheriff’s Department as Willie Jones, is hiding under a vehicle at a Toyota dealership in Victorville, about 84 miles northeast of Los Angeles.

Jones eventually emerges from under the vehicle and walks towards a row of cars, the video shows. When he sees the deputy, Jones puts his hands in the air and falls to the ground. The deputy walks over to Jones and kicks him twice, hitting him once in the head.

Several other MPs arrive and Jones is handcuffed.

Dicus said the department was made aware of the surveillance video after a surveillance commander was contacted by the security company monitoring the car dealership parking lot. After viewing the footage, the commanding officer determined that the deputy’s actions were “disturbing” and notified the sheriff’s office.

“It is unfortunate when such incidents occur because it causes unrest within our communities and also among our MPs who pride themselves on providing professional service,” said Dicus. “We take these matters seriously and want to assure you that a full investigation is carried out.”

Dicus said the incident happened just before 1 a.m. Pacific time on Wednesday when a deputy attempted to stop Jones on his motorcycle “for various traffic violations.” Jones did not give in and engaged the MP in a lawsuit, authorities said.

“The chase continued at high speed; Jones failed to stop at several traffic lights and entered the northbound lanes of I-15. The suspect was in the lanes. heading north to south, narrowly missing several head-on collisions with vehicles, ”said Dicus.

Jones got off the freeway, threw his motorcycle near the car dealership and fled on foot, according to the sheriff’s department. Dicus said MPs found him hiding in the concession parking lot.

“A use of force occurred as MPs attempted to take the suspect into custody,” he said.

Jones received medical treatment and was later convicted of felony. Online prison records show he was released on bail.

Minyvonne Burke is a last-minute reporter for NBC News. 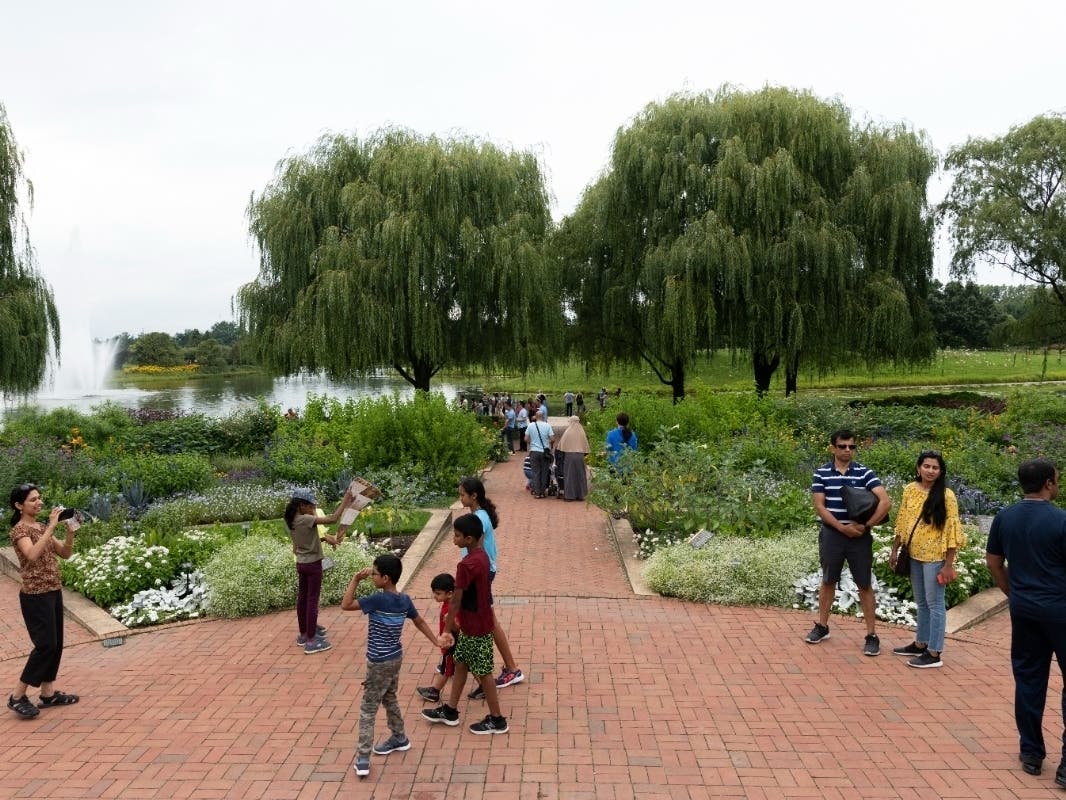 GLENCOE, IL – The Chicago Botanic Garden will begin charging for admission next year for the first time since it was founded in 1972. The new fees for non-members will coincide with a reduction in the cost of parking, officials said on Friday. of the garden.

Built on portions of mostly unincorporated land belonging to the Cook County Forest Reserve District, the garden is county-owned and operated by the Chicago Horticultural Society. The 385-acre attraction has seen a 43% increase in attendance over the past 10 years, according to a statement.

Jean Franczyk, president and CEO of the garden, said in a statement that the new entrance fee and reduced parking fees will help cover the costs of maintaining the garden to meet the increased demand while ensuring accessibility.

“Nature is in demand,” Franczyk said. “We know that people live happier and healthier lives when they spend time in nature. People come to our garden to surround themselves with beauty, find respite from the stress of today’s world and be inspired by nature. “

Tickets will range from around $ 10 to $ 26, with discounts available for purchase before a visit and 2022 prices not exceeding $ 24 for residents of Cook County. Parking will remain free for members. For non-members, the rate will drop from $ 20 to $ 30 per car to a year-round flat rate of $ 8.

The garden will also offer 52 days of free admission per year to align with other museums and zoos in the region. The program will include 14 free days during the peak spring and summer season and several public holidays, according to the release.

Admission fees will include seasonal offers such as the Grand Tram Tour, Butterflies & Blooms, and the Model Railroad Garden: Landmarks of America.

Garden officials hope to incentivize more memberships by offering perks such as priority access to paid events, discounted entry to special exhibitions and other events, as well as parking and a free entry.

According to the horticultural society Annual Report, taxpayers provided about $ 9 million of the district’s $ 53 million in operating revenue last year. 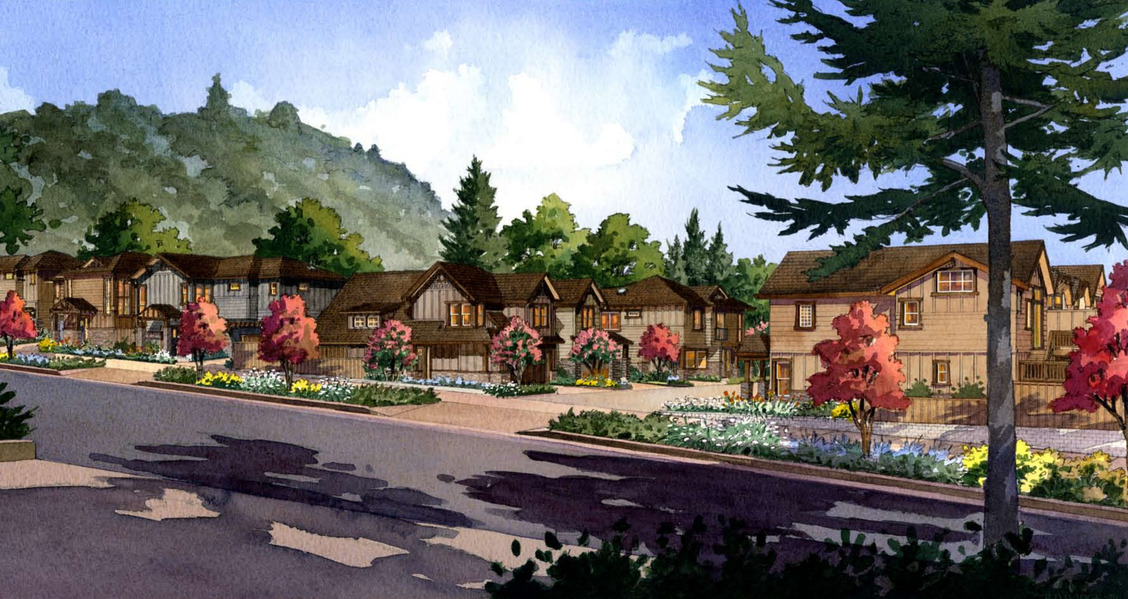 A render shows the Bay Village subdivision in Scotts Valley. It should include eight houses, two duplexes, a private road and a protected environmental zone. (Render – David B. Zulim, Inc.)

The Bay Village subdivision is expected to include six single family homes and two duplexes. The site is now a vacant lot between MacDorsa Park and the Scotts Valley Fire Department on Erba Lane. The land is owned by Larry Abitbol, ​​CEO and President of Scotts Valley-based Bay Photo Lab. Due to environmental concerns, owner Abitbol has designated part of the property with large oak trees and a stream as a protected area which will not be developed.

The development will include a private road for access. To meet the requirements of public art in the city, a retaining wall will feature a large fresco.

The project is in an area where the city requires 15% of new construction to be affordable housing. To comply, the development must have at least one unit available at rent or affordable for low income people. Another unit may be available at a lower market price, for people with moderate incomes, or the developer may pay a fee. Income ceilings are set by the state.

Some residents of Erba Lane have expressed concerns about increased traffic on their street and restricted access to MacDorsa Park with new housing development. Scotts Valley firefighters had used the site for training. Firefighters plan to train in their parking lot and do larger-scale training elsewhere. (City of Scotts Valley)

The municipal council is consider expanding the mandate of affordable housing throughout the Scotts Valley.

Several residents of Erba Lane have raised concerns about the impact of the development on traffic and parking on their streets. Although the development includes two-car garages and ten guest parking spaces, residents were concerned that visitors would use their street for overflow parking. Residents were also concerned about losing a footpath to adjacent MacDorsa Park, accessible through the vacant lot.

“You’re essentially cutting off access,” said one commentator who identified himself as Eric. The meeting was held online only. The planned development contains an easement for the city to develop public access to the pedestrian park.

Responding to the concerns, Board Member Donna Lind said, “We are limited in what we can do to maintain the status quo. The state has forced new construction in the city, she said, and the lack of housing has forced many people who work in the Scotts Valley to live elsewhere.

The site has been used frequently by the Scott Valley Fire District for training. Battalion Commander Chris Stubendorff said in an interview that the formation will be downsized or moved to other facilities. “We always knew it was going to happen,” Stubendorff said. “It has never been our property, and we are grateful that we have been allowed to use it for as long as we have.”

The development was unanimously approved by the city council.

A second, smaller development has been approved at 4303B Scotts Valley Drive which will add two new homes on land that currently contains one home. No public comments were raised.

Scotts Valley law does not require affordable housing to be included in proposals of six units or less.

City Councilor Jack Dilles has raised concerns about the impact of new construction on parking in the surrounding area. The proposal was adopted with Dilles as the only vote against.

The board also approved tariff increases for wastewater treatment. Rates will increase by 9% each year for the next five years. The new rate will take effect on July 1.

City manager Tina Friend said the increases were needed to fund crucial upgrades to the wastewater treatment plant. Even after the hikes, rates would remain “well below the region’s average,” Friend said.

The rate increases will fund a $ 4.5 million loan that will be used for facility upgrades. The rates had not been adjusted since 2019, in part because of the 2020 pandemic.

Become a member of the local chapter of Santa Cruz, an independent, community-supported newsroom owned and run by local journalists. Our stories are free and always will be, but we count on your support.