Businesses fear parking lot and walkway will be forced to close 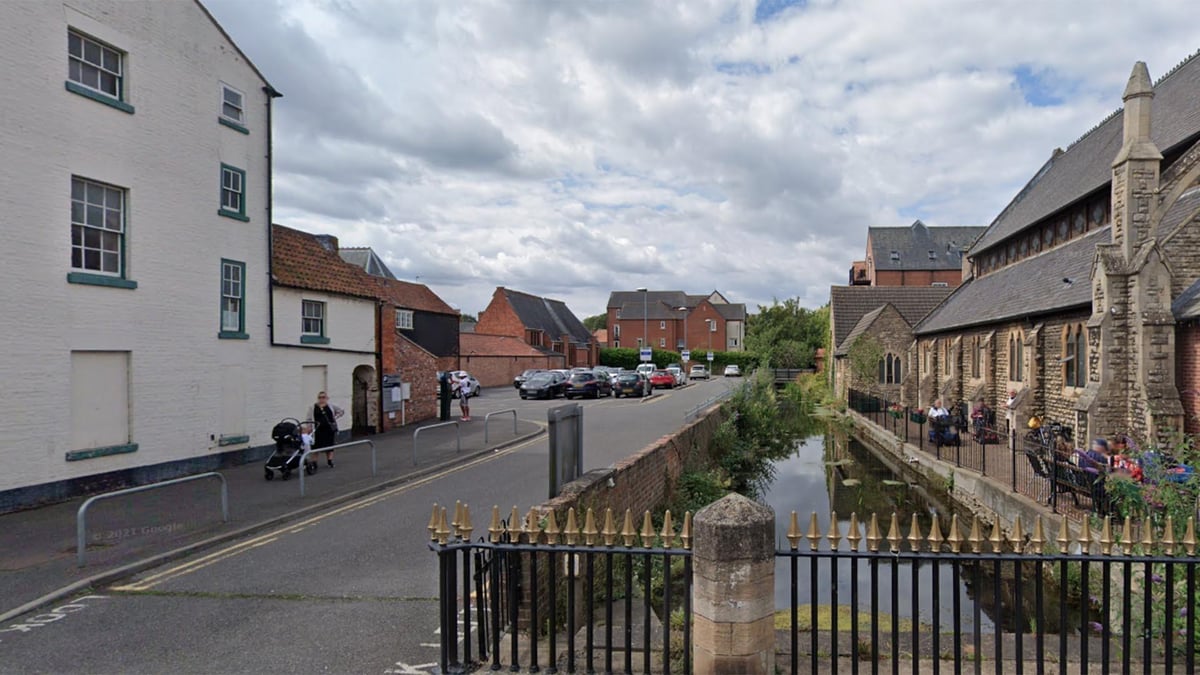 The car park seen from Southgate.

The Southgate car park next to the River Slea has been a temporary paid car park since 2009, but was refused permission to continue operating in a bid to make the town center car-free.

The owners say the nearby walkway should therefore be closed to keep people away from the site.

Both currently remain open, with an appeal due in a few days.

The car park and the footbridge which may be required to close.

However, several independent businesses fear a loss of footfall from merchants who use the car park and the footbridge.

Kay Bonnell, manager of Emily’s Bakehouse, said: “It will definitely affect our business – many of our customers use the bridge as a thoroughfare, and it also makes the area more accessible for people with disabilities and families.

“It would be nice if the city center was pedestrianized, but I don’t know if that will work. And it won’t happen right away.

“It’s a sad loss for the region – the news will not be welcomed at all by our customers.”

Melissa Massingham, owner of the Hutch Shop, said: “We have a very strong customer base, but we don’t know what would happen if the car park closed.

“Many of our customers buy heavy bags of pet food that weigh 10 or 15kg – it’s one thing to get it across the bridge, quite another to circle it to the next nearest car park at Sainsbury’s.

“This car park also has a two hour limit, which is not enough if you want to spend time shopping and having lunch.

“You could understand that if there were major works imminent on the site, but I don’t see anything happening for quite a few years. The pedestrianization of the city center is not about to happen, it is a long-term plan.

“What would be the use of the empty space in the meantime?” We don’t want it to be a dumping ground or a place where kids can play. »

“With the massive effects of the pandemic on local businesses, we see no point in closing a car park directly in the center of Sleaford which currently has around 1,500 vehicles in use each week,” they said.

“We believe NKDC is not acting for the benefit of Sleaford with this premature closure. The shops and cafes around our car park will be impacted after going through a long difficult period.

“The heavily used pedestrian route will have to close and this would leave an empty area in the center of Sleaford which will appear unsightly and could attract anti-social behaviour.

“We are happy to work with NKDC on a temporary basis until work actually begins on Southgate, but we believe it may take years and cannot understand why they are insisting on closure now.”

Leader of the council, Councilor Richard Wright, said: ‘This key town center site already obtained planning permission approved for a mixed-use site in 2007, combining residential and commercial units, and that planning permission has been extended in 2010 and partially implemented. This was in line with approved strategies for the city centre.

“Following the impacts of the financial crash of 2007/8, we have permitted the temporary use of the site as a car park, allowing both practical use and income from the site while the market recovers and the owner develops plans.

“Permission for the temporary car park has been renewed three times in the meantime, including its most recent renewal which expired in 2020. In 2019 an appeal to retain the car park permanently was rejected as the site represents an opportunity for regeneration in the heart of the city centre.

“We have continued to allow its temporary use as a car park to support the post-Covid recovery of high streets. However, as the nation has now transitioned to ‘living with Covid’, the site continues to be seen as a strategic regeneration opportunity for Sleaford.

“In the 15 years since the original application, a strategy and vision for a revitalized Sleaford town center has developed. Creative and vibrant development on this site has the potential to make a real and valuable contribution to this regeneration, delivering the homes and businesses needed by the people of Sleaford and supporting an improved street scene.

“We encourage the owner to develop the site in this context and would be happy to engage in a dialogue with the owner to help identify such potential viable uses of the site.”