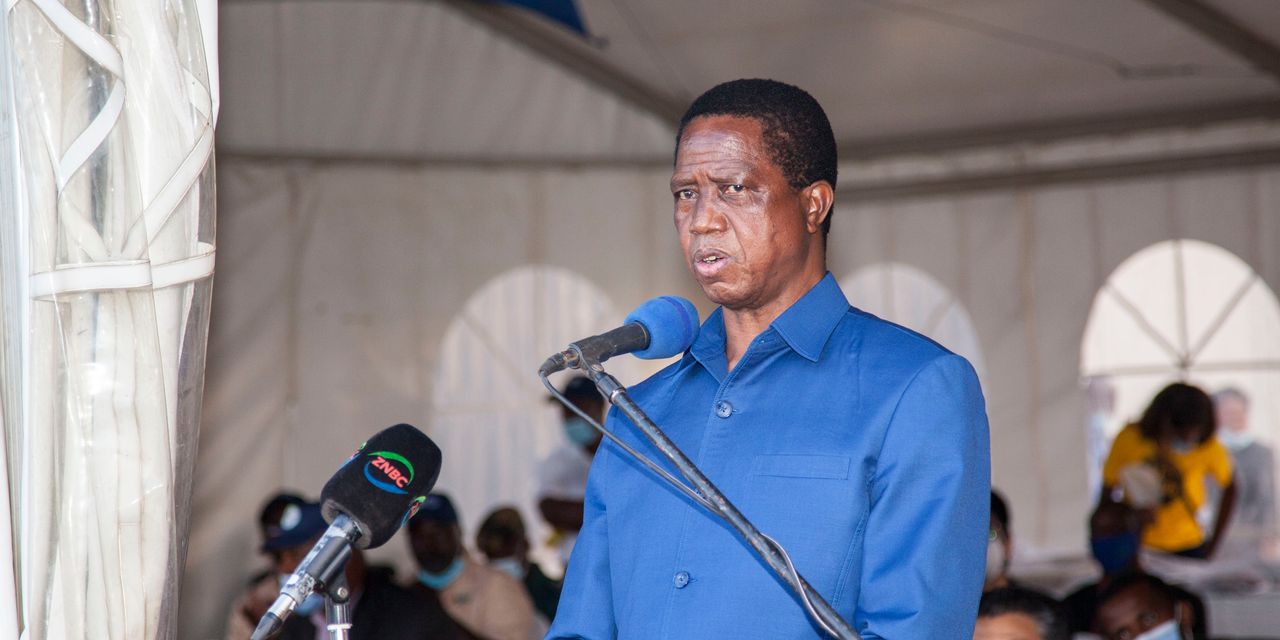 A new framework to solve debt crises in developing countries, intended to ensure that Chinese and private creditors share the aid burden, faces a key test after Zambia became the first African country to default during the coronavirus pandemic.

Finance ministers from the Group of 20 major economies said on November 13 that they had finalized a new process to restructure the economy. debts of the poorest countries in the world, who now owes billions of dollars to Chinese public lenders and Western fund managers who bought back their dollar-denominated bonds in the years leading up to the pandemic.

Within this common framework, which G-20 officials hailed as a breakthrough after months of resistance from Beijing, Chinese lenders will participate in debt restructurings alongside rich, mostly Western countries. Private creditors will also be asked to provide relief on similar terms.

This is a big change from previous crises, when Western governments and multilateral lenders such as the World Bank and the International Monetary Fund were the major creditors of developing countries.

Hours after the new debt framework was announced, Zambia, which has borrowed heavily from China, missed a $ 42.5 million interest payment on some of its $ 3 billion denominated bonds in dollars, defaulting one of Africa’s largest copper producers. Zambia has said it needs a break from servicing these obligations to allow it to strike a deal with all of its creditors to bring its debts – now over 100% of gross domestic product – to a sustainable level. and get a bailout from the IMF.

“The framework was designed for the challenges that Zambia is currently facing,” said Eric LeCompte, executive director of Jubilee USA, a non-governmental organization that advocates for debt relief for poor countries.

Zambia has some $ 12 billion in external debt, including $ 3 billion in international bonds and large loans from Chinese public lenders such as the Export-Import Bank of China and the China Development Bank. The government has not said exactly how much it owes Chinese lenders as a whole. Johns Hopkins University’s China-Africa Research Initiative estimates the country has signed some $ 9.7 billion in loans from China, although not all of that money has been withdrawn.

A committee of US and European bondholders who claim to own more than 40% of Zambia’s three dollar-denominated bonds said its members voted against the government’s demand to suspend payments due to lack of transparency on Zambia’s debts and on how the government intends to deal with other creditors, of which China is by far the most important. He also said the government had failed to come up with a credible plan to bring its budget deficits under control.

“We have no assurance from Zambia that it will treat the same with its other commercial creditors,” said Kevin Daly, investment manager for emerging markets debt at Aberdeen Asset Management and a member of the committee. .

In an interview with Zambian state television on Sunday, Finance Minister Bwalya Ng’andu said confidentiality agreements prevented him from disclosing the terms of the country’s loans to China. But, he said, the government had presented bondholders with its own confidentiality agreement, which, if signed, would allow it to give them more information about its Chinese loans.

Mr Daly said the bondholders refused to sign the deal because the government failed to provide assurances on all their issues, including the equal treatment of creditors.

In September, Zambia said the Development Bank of China had agreed to defer debt payments until April. But Ng’andu said on Sunday that other Chinese lenders were refusing to sign similar deferral agreements as long as the government was still paying bondholders.

“When I pay [the bondholders], the other creditors are going to put dynamite under my legs and blow my legs up. I left and I can no longer walk, ”he said. “If I don’t pay the bonds my legs will remain intact but I will probably get a bullet in my arm, I will bleed from my arm.”

On Monday, the ministry said its largest Chinese lender, China Exim Bank, had agreed to suspend some $ 110 million in interest and principal payments due between May 1 and December 31 of this year.

Responding to questions from the Wall Street Journal, China’s Foreign Ministry said Beijing participated in an earlier G-20 initiative that allows poor countries to suspend debt payments on bilateral loans until mid -2021, and took note of last week’s decision on the new debt crisis resolution framework. He said China is committed to the equal treatment of all creditors in Zambia and elsewhere, but multilateral lenders and private creditors should also shoulder some of the burden.

Zambia’s default follows those of Ecuador and Argentina, which restructured debt this spring as the pandemic and ensuing lockdowns weighed on the global economy and triggered a sharp drop in emerging market bonds. Lebanon defaulted in early March, days before the World Health Organization declared that the rapidly expanding epidemics of the virus had become a global pandemic.

Since then, bond markets have recovered, mainly due to ultra-low interest rates set by Western central banks. But the World Bank and the IMF have warned that other low- and middle-income countries are likely to struggle to repay their debts in years to come.

“We are not out of the woods,” said Kristalina Georgieva, Managing Director of the IMF, after the announcement of the common debt framework. “This crisis is not over.